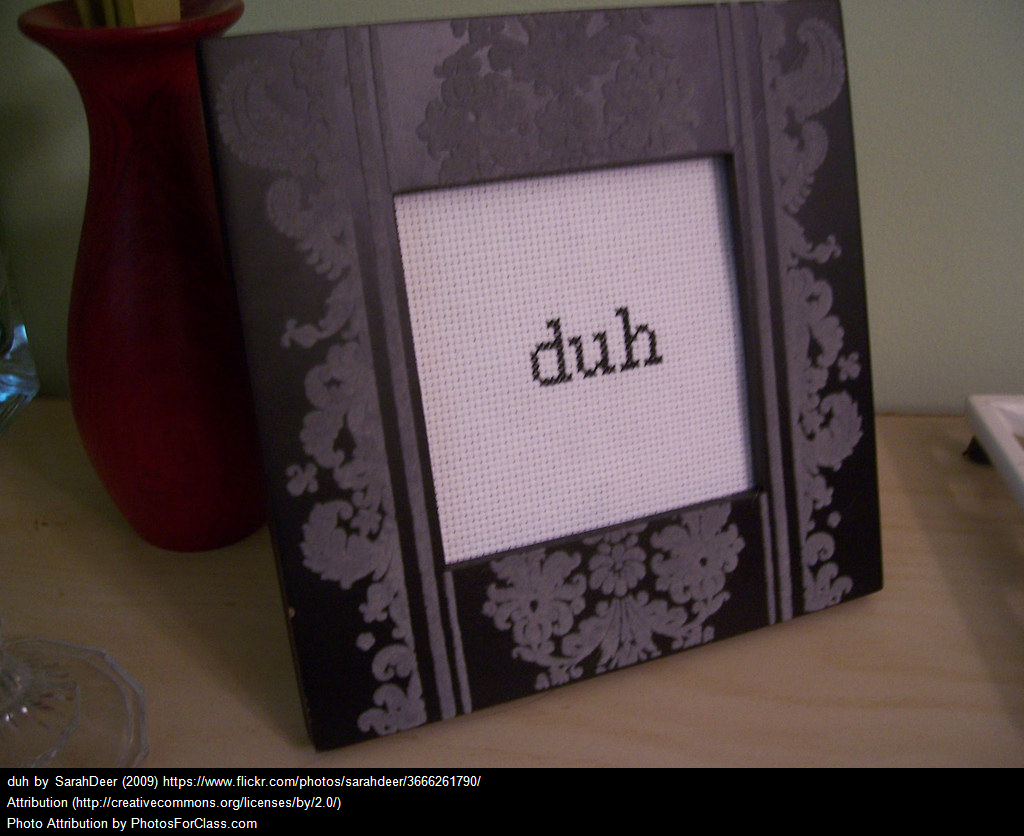 I originally shared this post in 2011. It’s connected to a column I wrote for The Washington Post that I still think is the best piece I’ve ever written, Videotaping teachers the right way (not the Gates way).

I know the title for this blog post — How I Milked A Lesson For Every Last Ounce Of Learning And Why I’m An Idiot For Not Thinking Of It Earlier — is a long one, but I couldn’t think of any better way to communicate the essence my topic.

This post is divided into two parts. The first will recount a lesson I did yesterday. The second section will share how I plan on implementing what I learned then in the future, and how I think other teachers might be able to do the same.

I also want to preface this piece by saying that, for all I know, many teachers out there are already doing what I’m writing about here. If you are, I hope you’ll share your experience in the comments section.

My double-period ninth-grade English class, which I love teaching and which includes a number of students that face many challenges, had been having a bad week. Though the urge to punish is certainly there, I’m finding that each year it’s easier (most of the time) to push those thoughts aside as I try to figure out more positive ways to respond. Thursday night, it came to me.

This is the class that I had videotaped, and where I had Kelly Young, our school’s consultant, come it to critique my teaching. Earlier in the week, my article describing that that experience had been published at Teacher Magazine and The Washington Post. Why don’t I have students read what I wrote?

I’ve published many articles, books and posts over the past few years but, except for a chapter in my upcoming book, Helping Students Motivate Themselves: Practical Answers To Classroom Challenges, that I shared with my International Baccalaureate Theory Of Knowledge class (a topic for a future post), I’ve never had students read any of them.  Students in my classes, and throughout the school, certainly access my blog and website for the learning resources all the time, but not to read any of the reflective pieces I’ve written (see The Best Reflective Posts I’ve Written About My Teaching Practice — 2010)

So, I printed out copies of my piece from Valerie Strauss’ “The Answer Sheet” blog at the Washington Post  for each student and prepared this hand-out.

I began the class by announcing matter-of-factly that thousands of people had been talking about our class this week. That sure got their attention. Then I reminded them about the day we reviewed the videotaope, and that there was an article in The Washington Post about it this week. I asked how many knew what the Sacramento Bee (our local paper) was, and then told them the Washington Post was much, much bigger.

I told them I was going to give them the article, which was three-pages long, and that they were to read it in partners. I hand-out the instructions:

1. Take turns reading each paragraph aloud to your partner. Write a summary at the end of each column – two sentences for each page.

3. Is that what you want people to say about this class? Why or why not?

4. What can you do to help make this class like the one in the article everyday?

5. What can you do to help your classmates everyday act like they were described in the article?

They were eager to go, and very, very focused. In the article, I used pseudonyms for the students I quoted, and they had a fun time figuring out who was who in the article.

Some students shared their responses to the whole class, I collected them, and we moved on. They clearly were very conscious of wanting to be conscientious and serious the rest of the class period. Here are some of their responses:

After reading this article, I think people are saying “positive things” about this class because “we went from a bad class to a college-prep class.”

After reading this article, I think people are saying “positive” about this class because “that’s what we are.”

After reading this article, I think people are saying “they’re confident and honest” about this class because “they say what they are really thinking.”

After reading this article, I think people are saying “we are the best” about this class because “they want to be like us.”

After reading this article, I think people are saying “that our class is a high-class class” about this class because “we had resolved our issues and were not just trying to see what was wrong.”

After reading this article, I think people are saying “we are good kids” about this class because “we was serious about learning.”

After reading this article, I think people are saying “that we are learning to be honest with the teacher and becoming smarter” about this class because “we have learned how to have expectations about what our teacher wants and what we want.”

After reading this article, I think people are saying “that we were right about Mr. Ferlazzo talking too much” about this class because “they were saying that Mr. Young was saying that, yes, Mr. Ferlazzo, you talked too much.”

Is that what you want people to say about this class? Why or why not?

Yes, I do because it makes our class sound smart and like we are learning more than what our expectations are.

Yes, because everybody is learning and doing something.

Yes, because this article can help out other teachers by giving out the idea.

Yes, because it can help other teachers to become better teachers.

Yes, because it makes me think that I’m doing a good job.

I do want people saying this because it makes me, my classmates, and my teacher feel good.

I want people to say how good we do.

Yes, I want people to know we can all improve.

What can you do to help make this class like the one in the article everyday?

Do more work and stay on task.

We could remind Mr. Ferlazzo not to talk so much and let us do the work.

Be prepared and have the tools of a scholar.

Take serious at all times.

By leaning in and using the tools of a scholar.

By doing what we did in the video.

What can you do to help your classmates everyday act like they were described in the article?

Maybe telling them and helping them think they should stay on task instead of messing around.

Help everybody pay attention in class and remind them about how they were in the movie.

Help them in whatever they need help with.

I would remind them what they need to act like.

To tell them to pay attention, and remind them to tell Mr. Ferlazzo when he is talking too much.

Certainly, having it appear on the Washington Post website made them feel like it it was more prestigious.   But I think we can all get a similar results in a different way….

HOW I CAN APPLY THIS IN THE FUTURE (AND HOW OTHERS CAN, TOO)

In thinking about yesterday, as I mentioned, having it published by The Post helped.  However, I think the fact that students were reading something that I wrote about them and shared with the world might have been the key element for them.  It was a clear indication that I really did think about them when I wasn’t in school, that I valued what they said and thought, and I was proud and wanted to tell others about them.

I’ve written other pieces, like Teacher Eyes On The Wrong Prize, which I could also share with my students. And I can easily write similar pieces in this blog.

Any teacher with a blog can do the same, and build a lesson around what they wrote.

I could have done this anytime over the past four years of this blog’s existence, and that’s why I’m an idiot for not thinking of it earlier. I’ve had a narrow vision of who my audience could be for my reflective pieces. Obviously, not every thing I’ve written about my teaching would be appropriate, but some would fit the bill. And, now that I’ve come to this realization, I can be more intentional and strategic about writing one now and then.

How about you? Have you written reflective posts and had your students read them? How did it go?

A Look Back: Twelve Ways ELLs – & Anyone Else – Can Read & Demonstrate Understanding Of A Textbook

A Look Back: “Common Core Writing and ELLs”

A Look Back: Guest Post – What Does Tom Brady Have In Common With A Great Teacher?