A Report On EdSource Symposium On California Ed, Including What I Said About State Assessments 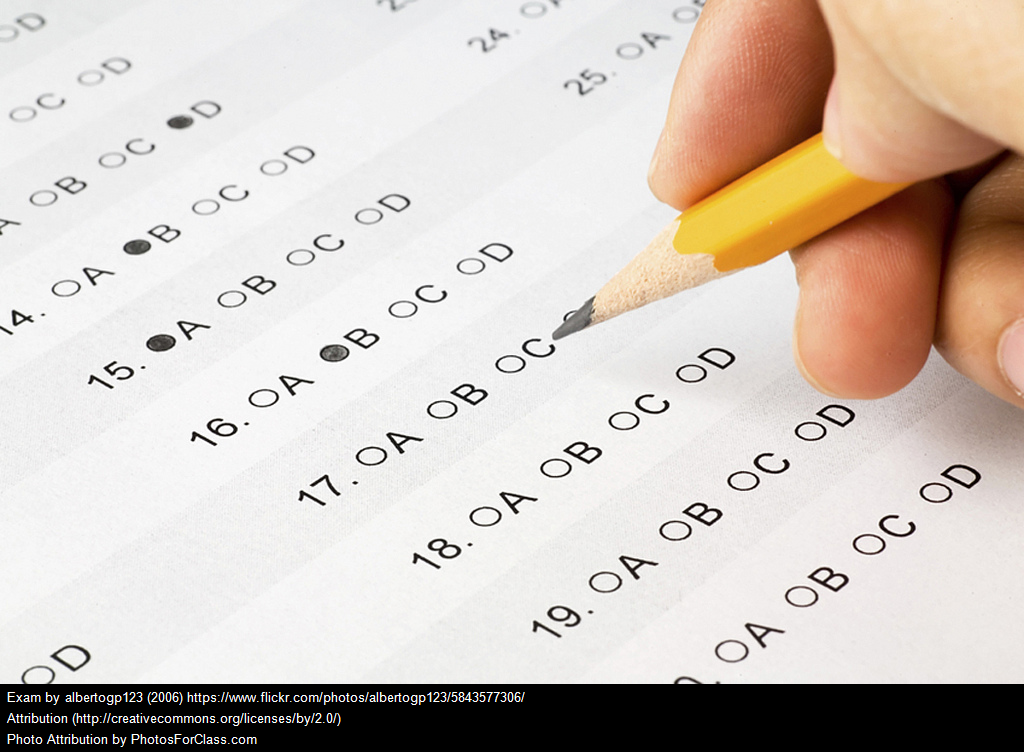 I, along with 600 others, attended EdSource’s Symposium on California education this past Thursday.

You can read an EdSource article about it, EdSource symposium focuses on state’s “new vision for school success” and also watch whichever parts you want at the embedded YouTube video of the entire day that’s at the bottom of this post.

Here are a few highlights, along with some of the comments I made while on a panel discussing the Smarter Balanced tests:

The presentation on state education monies, by Mac Taylor from the state, was extremely informative. In fact, if you have a limited time, I’d suggest that his presentation is the one you want to watch if you live in California.

Here are a few tweets I sent out during his presentation:

A “cautionary note” from Marc Taylor at @EdSource Symposium pic.twitter.com/Y4jugoFq9B

If Prop 55 passes in CA, roughly half of this amount will go 2 schools- Mac Taylor from state. At @EdSource Symposium pic.twitter.com/qQU9DY5sQE

Linda Darling-Hammon was up next:

.@LDH_ed talks about need to feed the cow and not just weigh it at @EdSource Symposium pic.twitter.com/Q7WXmKI26P

This how @LDH_ed explains new perspective on accountability in CA speaking at @EdSource Symposium pic.twitter.com/9sGZteGUW8

.@LDH_ed says this Dewey quote should guide our work; at @EdSource Symposium pic.twitter.com/ddTZmWqT8f

I was on an afternoon panel about the Smarter Balanced assessments that was moderated by Linda.

Thanks to feedback I received from Ted Appel, Katie Hull, and colleagues at my school, I think I was able to make some relatively coherent comments that seemed to make sense to Linda and other panelists. Here are the points I made:

In response to the question about my experience with Smarter Balanced, I shared four concerns:

I can’t say with much certainty how aligned Smarter Balanced content is with Common Core we’re teaching. We’ve had a big focus on Common Core, but don’t really know if the content is aligned. I think that’s a big problem — I don’t think teachers really have an understanding of the test and its content and can’t say if it’s good or not.

Research has shown that familiarity with tech was a substantial issue for PARCC – based on what I saw in our school, I would not be surprised if it was the same. In some ways it measures familiarity with tech and not knowledge. That’s a big problem for a 100 percent free lunch school like ours.

We have a heavy emphasis on Social Emotional Learning Skills, including perseverance, at our school. And many of our teachers have , for years, met with students ahead of standardized test-taking and done goal-setting, discussed how it won’t measure how smart they are, but it’s an opportunity to demonstrate perseverance. And the feedback that I have gotten from students and teachers alike is the test is logistically confusing and, because of that, many more students just click away than formerly “bubbled” to get through the test. There is a high-degree of frustration. There are many types of answer choices – highlight, write, multiple choice – and you can’t move on until all are answered. The ELL accommodations confusing to me, much less the students.

We have access to the basic results when we look at the student online – basically a four digit number – but it doesn’t tell me anything I don’t know — it just says if standard met, nearly met, met or exceeded. It’s useless to inform teaching.

In response to a question about what assessment is useful at our school, I shared these assessments that actually inform my teaching and assist my students:

* We do a twice-a-year school wide writing assessment and teachers are pulled-out two days in the fall and two days in the spring to assess them and discuss what they mean for our teaching. You can read more about this process at “Instead of seeing students as Far Below Basic or Advanced, we see them as learners”

* In our English classes, we do reading fluency and cloze assessments three times a year. You can read more about them at The Best Resources On Reading Fluency (Including How To Measure It). If I have a ninth grader who reads 35 words a minute, that’s important to inform my instruction, including figuring out what additional support that student needs. If I have a student who reads at 200 words per minute but is getting F’s, then that tells me I need to find out what’s going on — issues at home, not motivated and need to figure out how I can help that student motivate him or herself. If the student is not feeling challenged, for example, perhaps he/she should go to our IB program.

* We are regularly visited by the Accrediting Commission for Schools Western Association of Schools, and they require a regular school self-examination of our practices. It some ways, it sounds similar to what is happening in Vermont now.

* And, of course, all of our International Baccalaureate assessments are evaluated by IB examiners outside of our school.

* One of the other panelists shared about portfolios students were required to show and present, and those sounded similar to what our students have to do in 12th grade as Senior Projects.

In response to a question about the role of tests in school or teacher accountability measures, I made these points (a special thanks to Ted Appel for helping me think through this – many of the words are really his):

I’d like to answer this question with a question: What is the purpose of the tests? Is it to help parents shop? Is it to label schools? If those are the purposes, then that can be achieved now just by looking at zip codes.

If it’s to help schools improve practice, how are they supposed to get the support they need to do that? If they don’t get it, the practice they change will be what they did before — push kids out (I can’t tell you how many ELLs and others were “counseled” out of other schools to come to ours) or game tests like they did with STAR (not challenge students who were on the bubble by putting them into higher level courses so they wouldn’t have to take the standardized tests for those subjects); or, as in the case of Washington DC school, encourage parents of “low-performers” to opt out of the tests.). Is the California Collaborative For Educational Excellence going to be up for that challenge? And how do they decide what “practices” need to be changed?  The bigger the role of test scores in school accountability measures, the fewer good practices will be enacted.

You might also be interested in The Best Resources For Learning About The “Next Generation” Of State Testing.

Here’s the video of the conference:

More Details On Schools And The Stimulus Package