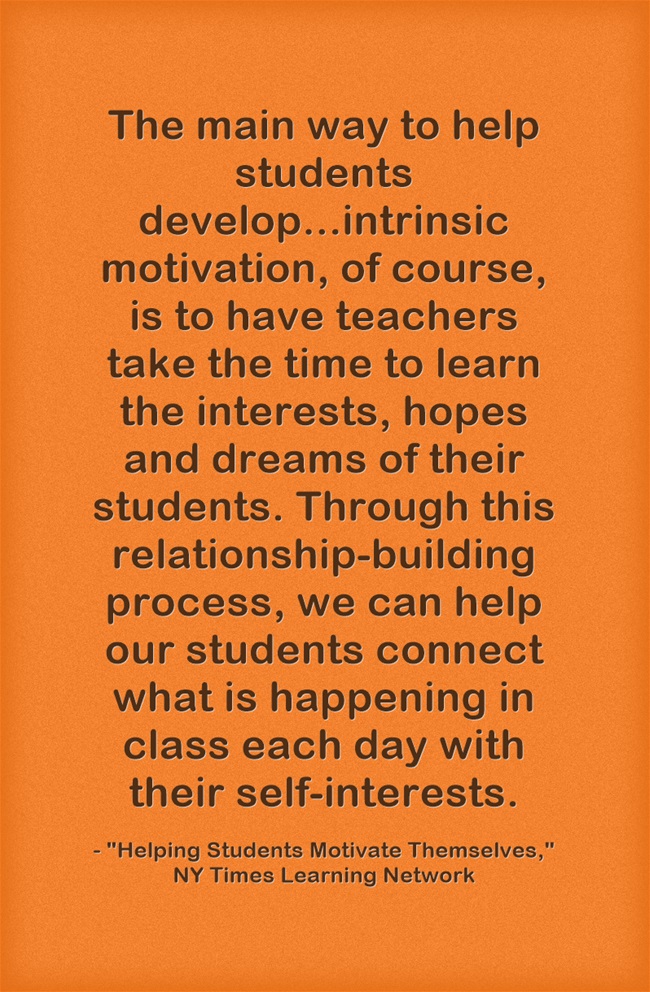 In 2012, The New York Times Learning Network published a piece I wrote headlined Helping Students Motivate Themselves, based on my book with the same title.

Check it out – I think teachers will still find it useful!

“Education Week” Is Free This Week