A Look Back: The Five-by-Five Approach to Differentiation Success 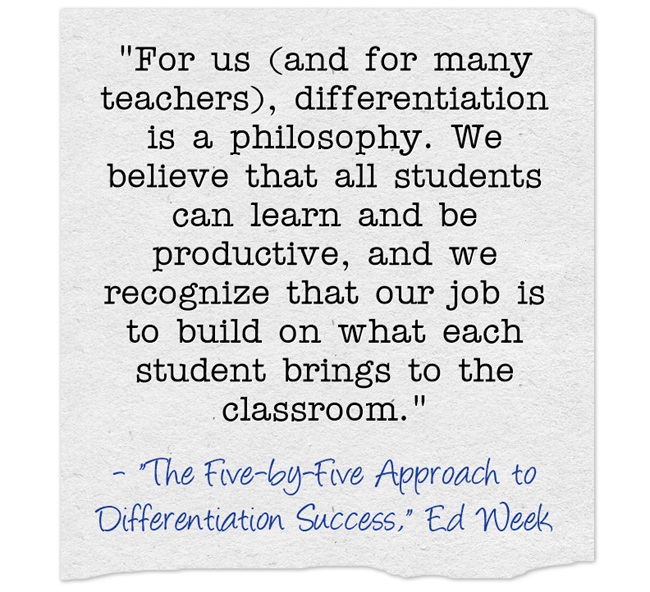 In 2012, my colleague Katie Hull-Sypnieski and I published an article in Education Week Teacher headlined The Five-by-Five Approach to Differentiation Success.

A Look Back: Learning From Our Students