In 2013, I published the second book in my student motivation “trilogy,” Self-Driven Learning (you can access tons of free resources from the book at that link).

The Washington Post published an excerpt, which they titled Five ways to get kids to want to read and write.

I think it’s pretty useful though, of course, I’m biased 🙂

Here’s how it ends: 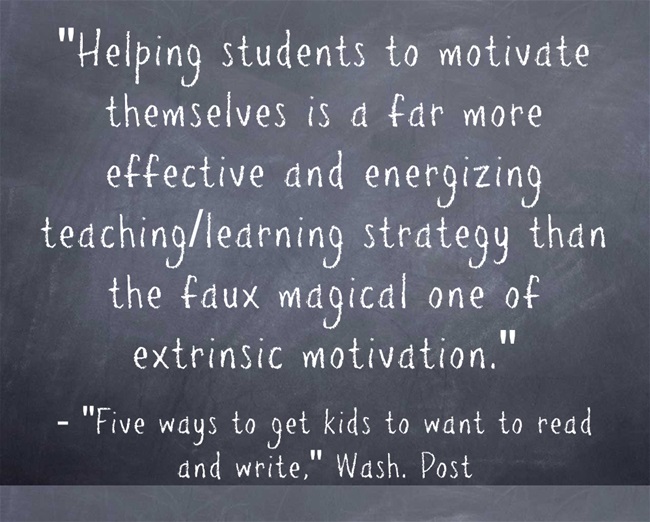