In 2013, I wrote a short column for ASCD Educational Leadership titled Technology: Moving from No to Yes.

In addition, I wrote an “introduction” to it from ASCD Express headlined Giving Teachers the Opportunity to Say “Yes” to Ed Tech.

The majority of links to resources found in both articles are still good.

Here’s an excerpt from one of the pieces: 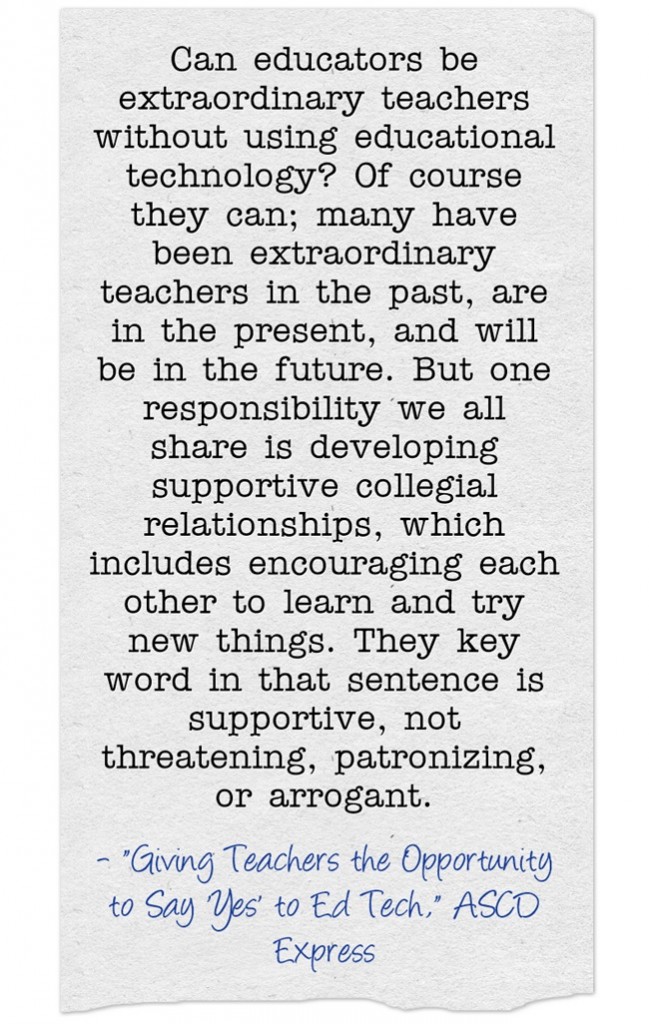 A Look Back: “How Income Affects The Brain” & What We Can Do About It