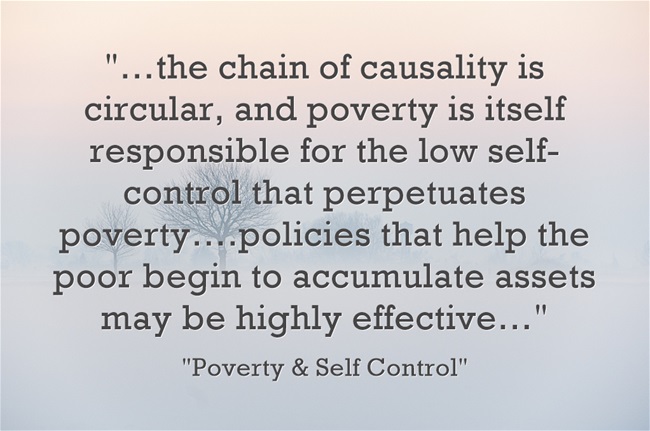 With my two books and constant blogging about Social Emotional Learning/Character Education, it’s obvious that I’m a big believer on its importance for our students. It’s critical for our students to strengthen their appetite for learning, their self-control, their perseverance, etc.

At the same time, as Mike Rose writes in the Christian Science Monitor, Character education is not enough to help poor kids :

…it is difficult for enrichment programs alone to lead to educational mobility. Children from poor communities need social policy that involves schools and enrichment programs, but also need programs to address the conditions that devastate students’ lives: poor nutrition and healthcare, inadequate housing, parental unemployment, violent streets, and a dysfunctional immigration system. When we ignore these broader conditions, we turn an ungenerous scrutiny on the children themselves.

Coincidentally, new research has just been published that backs up this position.

On the other hand, if you have some economic (or, I’d suggest, non-economic assets, too) assets, and you’ve experienced the benefits of them, you want to work to keep them.

It makes sense to me, but certainly doesn’t negate the importance of doing whatever we can to support our students to develop these traits (though let’s not grade them, please).

But it does reemphasize the value of teachers, schools and families working together to push for the types of changes Mike Rose suggests in his piece, and I suggest in my book on family engagement, to attack the root causes of the challenges faced by our students….