House Speaker Paul Ryan said on CNN this morning that no “deportation force” is planned.

It would be nice if President-Elect Trump said the same thing. It would also be nice if he denounced the “bias-based attacks” (as The New York Times described them) that have happened since his election – in schools and elsewhere.

Here’s an excerpt from Ryan’s interview: 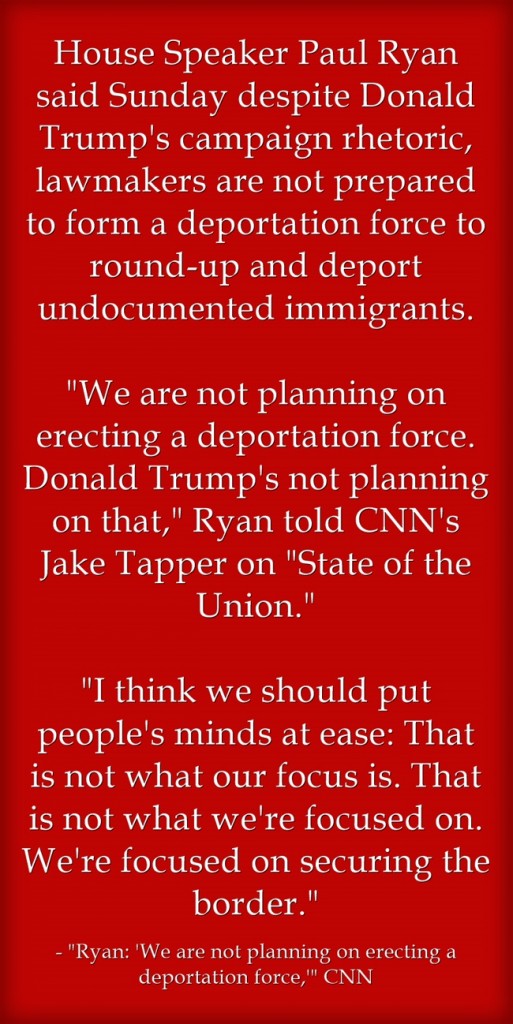 More On Oklahoma Tornado, Including How To Help

Video: “Which Countries Have The Most Refugees?”