A Look Back: “Why we can’t all get along over school reform”

In 2013, I published a column in The Washington Post headlined Why we can’t all get along over school reform.

It was in response to what I considered naive calls for “peace” between opponents in school reform battles, and can also be applied to many different areas where there are political disputes. 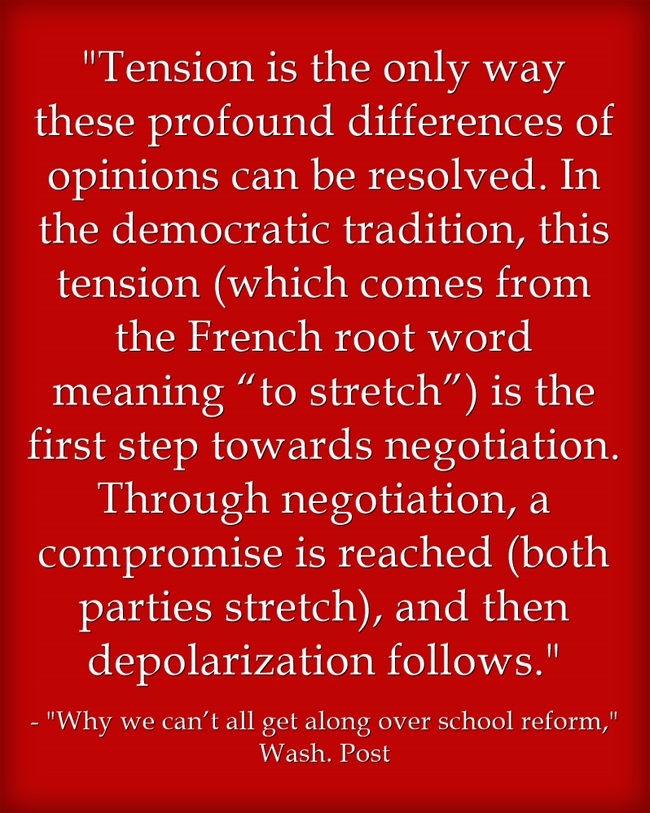 A Look Back: The 13 Very Best Resources On This Blog

A Look Back – Image: Here’s A Good Example (& Student Model) For A Poster On Self-Control