A Look Back: Tweeted Excerpts From My Books On Student Motivation

Each time one of my books is published, I send out a series of short excerpts via Twitter.

So, as part of this “A Look Back” series, I’ll be re-tweeting some of those best tweets from my three student motivation books over the next week.

You can also access all of those past tweets, as well as a ton of other free resources, from those books by clicking on their covers. 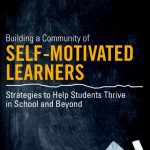 A Look Back: I’m Not Convinced That Student Learning Losses This Year Are Traumatic, But They Will Be Bad If We’re Online Next Year

A Look Back: I Created My Own News Aggregator With AllTop – You Can Use Mine Or Create Your Own