A Look Back: Why A Teacher’s Willingness to Say “I’m Sorry” Matters…. 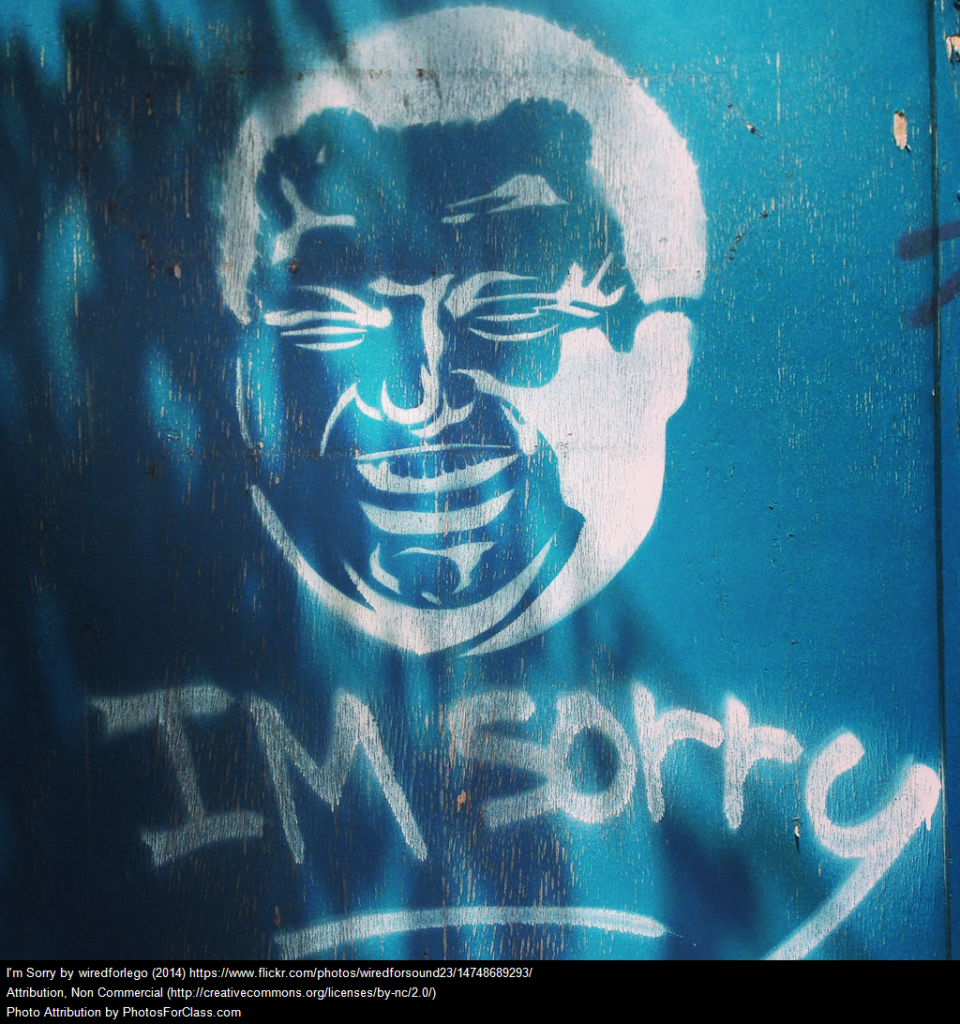 I’ve written a lot about the importance of teachers being able to apologize to students when we mess-up (see The Best Resources On The Importance Of Saying “I’m Sorry”).

Here’s another reason why it’s important. It’s — more or less — a transcript of a story that my colleague and co-author Katie Hull had this morning:

I want to tell you about something that Joan (a student that we have in common — not her real name) told me yesterday. She came to me and said “You and Mr. Ferlazzo write books together, right?”

She said, “It’s about how to be a good teacher, right?”

I told that it was, more or less.

Joan then said, “I can tell – you both teach the same way. If Mr. Ferlazzo gets upset at the wrong student for talking, he apologizes. You do, too. Most teachers never say they’re sorry about anything!”