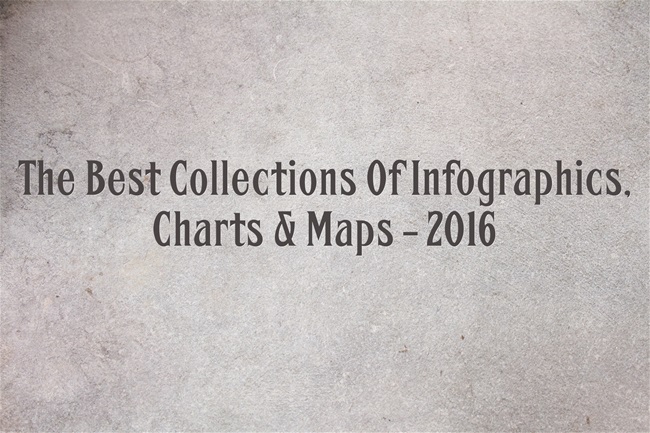 I still have to post my choices for The Best Infographics of 2016 but, in the meantime, other people are beginning to publish their own choices. So I thought I’d create a separate annual “Best” list of those collections (they also include some that try to explain the year in charts and infographics).  I’ll be adding tons more over the next two weeks.

In addition to exploring these lists from others, you can check out all my lists at A Collection Of “The Best…” Lists On Infographics, including The Best Collections Of Infographics, Charts & Maps – 2015.

As I mentioned earlier, I’ll continue to add to this list and new collections are published elsewhere – there are a lot more to come (check out last year’s list to get an idea)

Here are The Best Collections Of Infographics, Charts & Maps – 2016:

The Best Infographics of 2016 is from Visme.

A round-up of the year’s most popular charts, maps and data visualisations is from The Economist.

Here are the 2016 Winners of the Information Is Beautiful Awards. You can also see them in a slideshow version here.

10 of the Best Infographic Examples of 2016 is from HubSpot.

THE 45 MOST CREATIVE INFOGRAPHICS OF 2016 is from Column Five.

The Best New Maps, According to Cartographers is from National Geographic.

16 in ’16: The year in must-see visualizations from The Washington Post

The Best Maps of 2016 is from National Geographic.

Best Data Visualization Projects of 2016 is from Flowing Data.

The Year in Visual and Interactive Storytelling is from ProPublica.

2016: The Year in Visual Stories and Graphics is from The New York Times.

Dear 2016: A letter from the L.A. Times Data Visualization Department

(Some Of) Our Favorite Visual Stories of 2016 is from NPR.