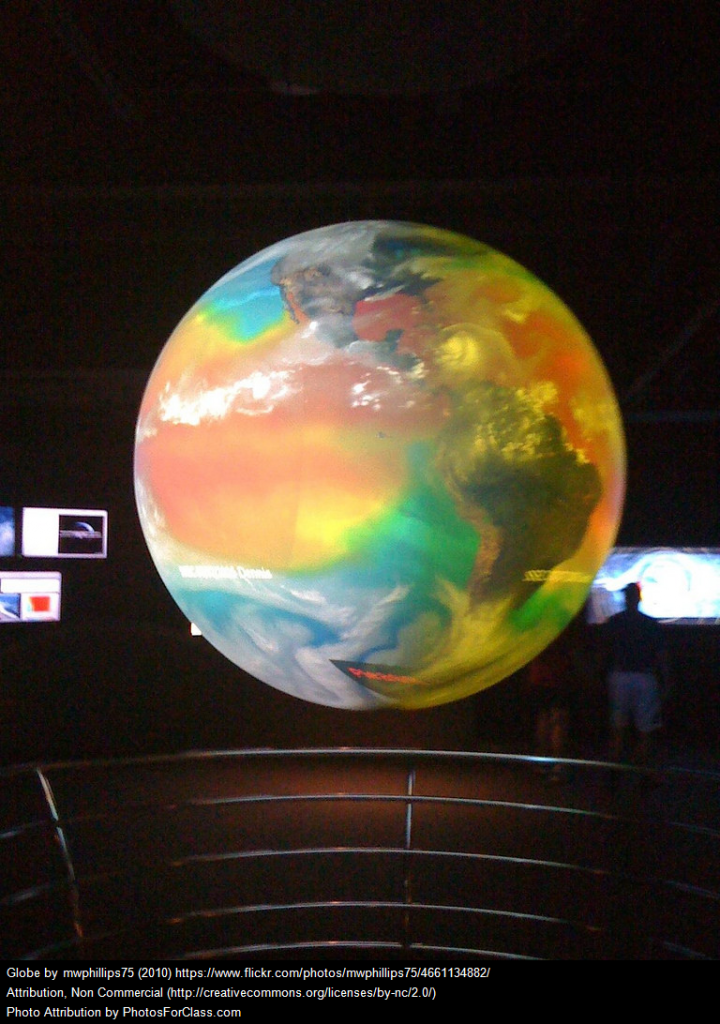 Editor’s Note: I’ve shared many resources related to learning about different cultures, including a lesson I do as well as The Best Sites For Learning About The World’s Different Cultures.  Today, Josh Kurzweil shares a related lesson he does with his English Language Learners.

Josh Kurzweil began his teaching career in 1990. He has taught and trained in Japan, Spain, the Republic of Georgia, and the United States. He has been teaching at an intensive English program called the International Education Center at Diablo Valley College since 2004. He is a trainer on the SIT TESOL Certificate Course and is on the faculty of the MATESOL program at Marlboro College Graduate School in Marlboro, VT. He is the author of Understanding Teaching Through Learning, which was published by McGraw-Hill in 2006. Josh also runs an educational consulting business called Berkeley LTC, and has designed instructor development programs for labor unions. His particular areas of interest include experiential learning, reflective practice, and instructional design. Josh lives with his wife and son in Berkeley, California:

In my advanced reading/writing course, I have students from different countries who usually 17-20 years old and are preparing to go to college. Recently, my colleagues and I developed a unit on culture, which helps these students look more at the ‘invisible’ aspects of culture such as beliefs, values, and attitudes. The unit is primarily based on the work of Geert Hofstede, a Dutch professor who worked for many years in the business world and developed six dimensions of culture using extensive interviews with people from over 70 countries over the last 50+ years.

The dimensions of culture are scales from 0-100 that measure beliefs about power distance, individualism vs. collectivism, masculinity vs. femininity (i.e. competitiveness vs. cooperation), uncertainty avoidance, long-term orientation, and indulgence. Hofstede has made a great deal of his research available online for free, and I have adapted his ideas and created lessons and materials for my ELLs so that they can explore their own culture and that of the U.S. The unit culminates in the students producing a compare/contrast essay about the their national culture and the U.S. Below are the steps and materials that I use during the week.

I print them out beforehand and hand them out so that students can discuss whether they agree or disagree with Hofstede’s results by giving examples to support their ideas. I model this by explaining my ideas about the Power Distance dimension as I thought about the U.S. and India (I spent a year studying in India when I was in college). I tell the students that initially I thought the U.S. would be lower on the Power Distance scale because we value equality so much, but then I thought about how normal it is to ask people about their jobs and where they went to school or where they live. The answers to those questions create a kind of hierarchy of power and privilege, so maybe the U.S. isn’t as egalitarian as it seems to be. 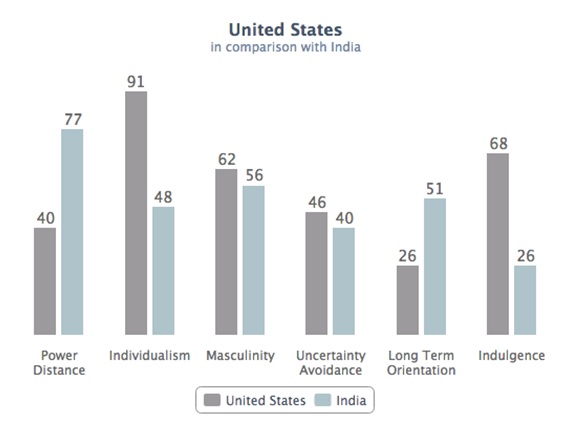 6. Intro Compare/Contrast Essay. After the discussion, I hand out the compare/contrast essay prompt (see worksheet Culture_Writing_Prompt), which asks them to write an essay in which they answer the question: Overall, is your culture more similar to or different from that of the U.S.? The prompt also includes a guide for how to organize the body paragraphs and sample body paragraphs from my essay comparing India and the U.S. (see Sample_Culture_Essay to see a very strong student essay)

7. Intro Hofstede Website. In addition to the charts, Hofstede’s website produces reports that discuss each dimension for the national cultures that are selected. Students can use parts of this report as ‘references’ (i.e. evidence) to support their body paragraphs. I usually do an in-class demonstration of how to use the website and also have a screen capture video on my website.

Overall, this unit can help students take a much deeper look at cultural differences and move beyond the more obvious visible differences such as greetings, clothing, and customs. While those can be fascinating, it is often the hidden beliefs and values that most challenge students who are living or studying in the U.S. In addition, students often develop a deeper awareness of their own culture as they go through this process of reading and writing.