Transcript: President Obama on What Books Mean to Him appeared in today’s New York Times. There’s a lot there to talk about, but I was particularly struck by his talking on more than one occasion about the key work of community organizers (I was one for nineteen years) the importance of eliciting people’s stories. 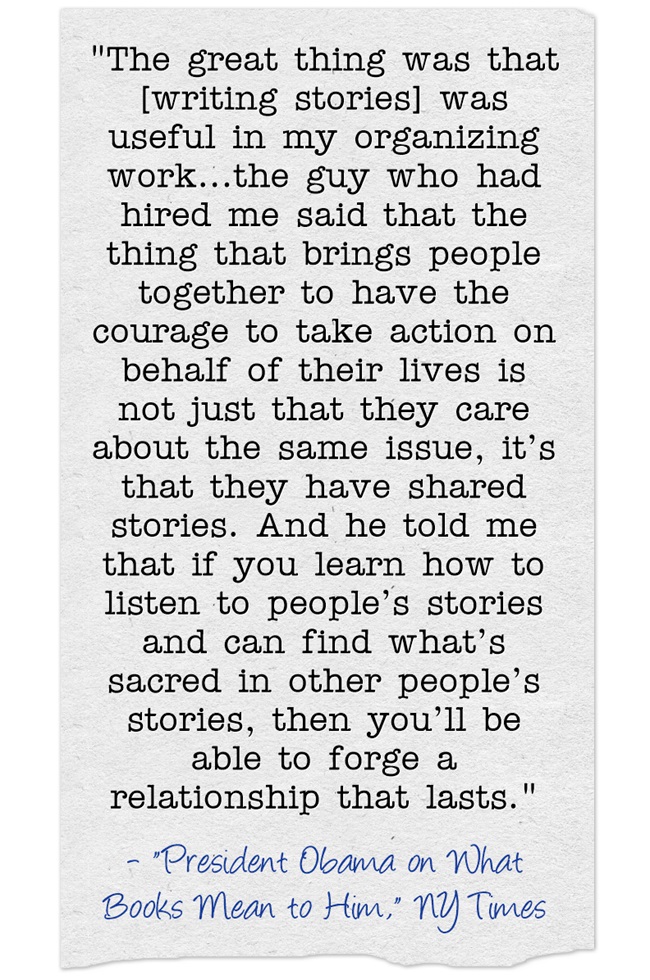 I’ve previously written about that key strategy and how to apply it in the classroom:

English Language Learners and the Power of Personal Stories

Get Organized Around Assets

In one of those pieces, here’s how I described the same organizing perspective that President Obama talked about:

In my twenty years as a community organizer, my job was to listen to people’s stories, then use those stories as a way to light fires.

The process was usually the same: first I encouraged the people I worked with to share their stories publicly and find commonalities with the stories of others, perhaps considering new interpretations along the way. I then challenged them, often collectively, to take action in response to what they frequently discovered were common issues. The final step was always to encourage reflection on the whole process. How could what they learned be applied to future problems?

It’s one of the key skills needed in successful organizing and, I think, can also be very effective while working with students.