This post originally appeared in 2016, and I thought reposting it today, on his last day in office, would be good timing:

Regular readers know that I was a community organizer for nineteen years, and a key organizing adage goes something like this: Do you want to be right, or do you want to be effective?

Today, President Obama provided that same analysis as the central part of his commencement speech today at Howard University, and it was excellent. 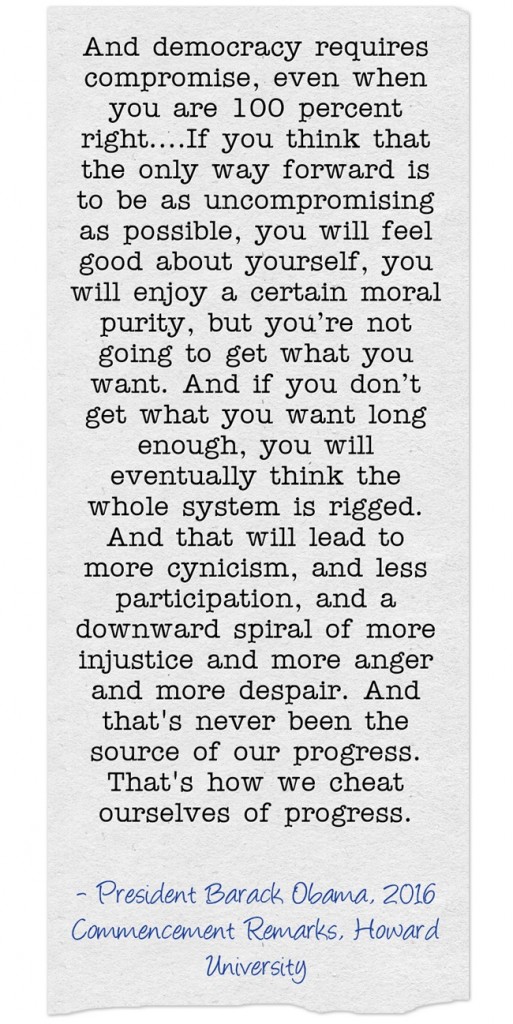 You can read the entire transcript of his remarks here, and it’s worth the time.

Here’s the video of his speech:

In addition to adding this post to the “Best” lists I’ve previously mentioned, I’ll also be putting it on The Best Commencement Speeches list.

Addendum: Here a good NY Times article about his speech.

A Look Back: Results Of Weekly “Self-Assessments” Done By Members Of “Leadership Teams” In Each Of My Classes

A Look Back: My BAM! Radio Show On What’s The Problem With “I Don’t See Color?”