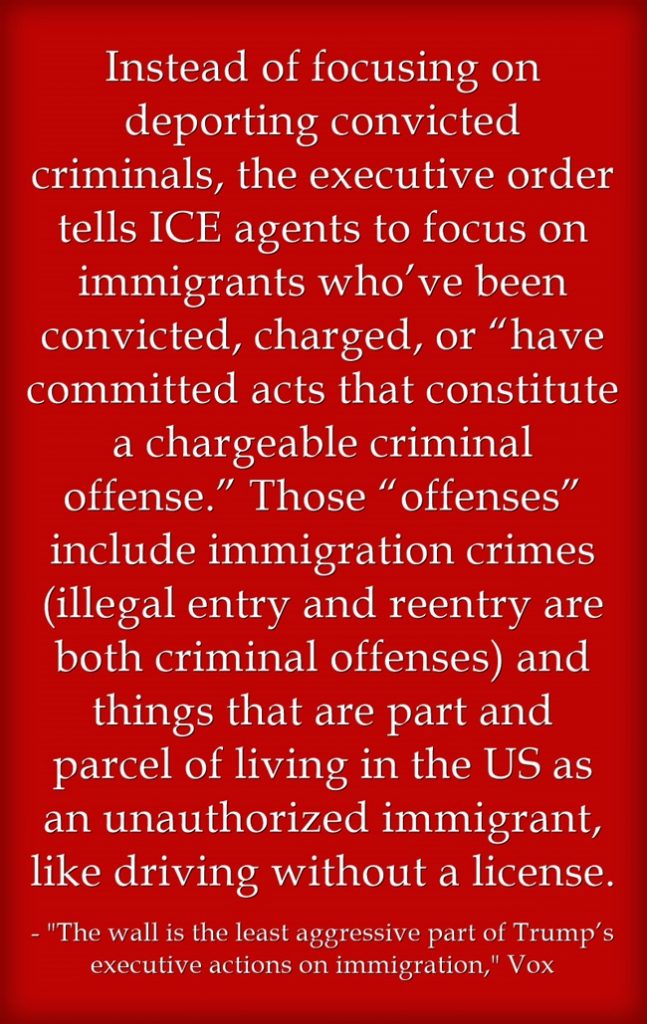 This policy is crazy on its face. And I wouldn’t bet they restrict its use to the border.

Communities and schools have all experienced the fear of real and rumored ICE raids on neighborhoods and businesses.

I guess President Trump did not read ‘Dear President-elect Trump’: Immigrant students write letters asking for ‘the opportunity to demonstrate we are good people.’

Here are other useful articles about his immigration executive orders:

Trump Orders Could Deport Millions, Build Wall, but It Won’t Easy is from NBC News.

Pediatricians Speak Out Against President Trump’s Immigration Orders is from NBC News.

“A Brief History Of Women In Power”

Resources On The Spring Season