Several years ago, I wrote a post that received many comments titled How Much “Content” Knowledge Do You Really Need To Be An Effective Teacher?

I think it’s worth checking out, and here’s how I ended it:

The dictionary says the definition of power is “the ability to act.” Some say that information is power. I don’t agree. I think it’s what you do with that information is what determines if you have power — what actions you take. And, in the context of being an educator, it’s not the information I know that determines how much power I have — it’s my ability to share it, to help others want it, and to help them figure out how they can also get it on their own so they can be life-long learners.

A study that came out last week seems to have reinforced my position. You can read about it at Education Week’s post, Study: Improving Teachers’ Math Knowledge Doesn’t Boost Student Scores. 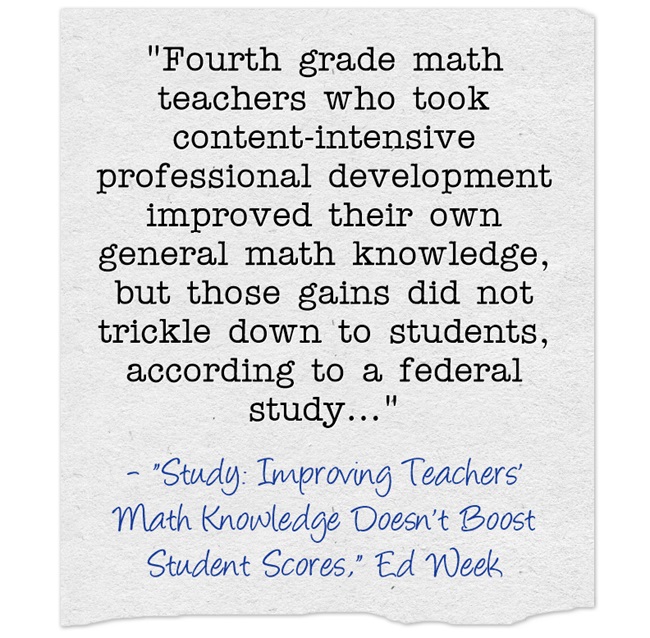 As I said in my original post on the topic, I don’t think it has to be an either/or decision, but I continue to be concerned about “alternative credentialing” programs that put a primacy on subject knowledge and a lower priority on instructional skills.

A Look Back: Enrollment In Some Districts Is Going Down – Should We Be Worried?

A Look Back: “Getting English-Language Learners to Thrive”