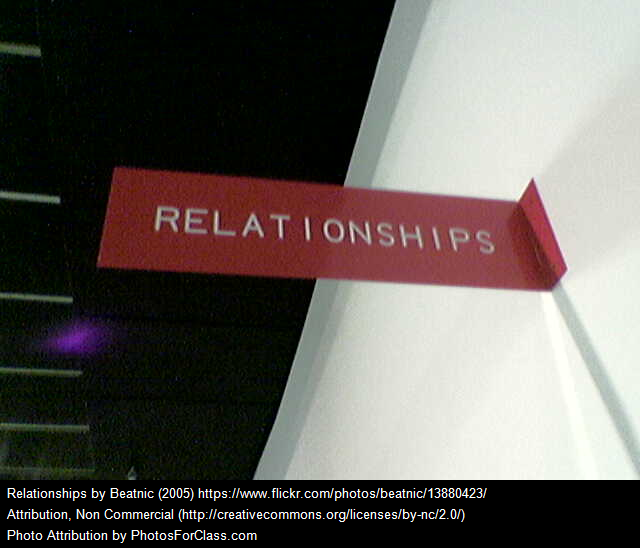 I often write about the importance of student/teacher relationships (see The Best Resources On The Importance Of Building Positive Relationships With Students) and plenty of research has documented its importance. One of the many steps I take to build them is having students complete a short-and-simple survey (you can download it at Answers To “What Do You Do On The First Day Of School?”) on the first day of school.

I don’t really pay much attention to what students write in the surveys for awhile since I’m preoccupied just trying to remember all their names in the first week or two of school, but after that I find them useful as excuses to initiate conversations with students who I’m beginning to feel might be experiencing a number of challenges. “Walk-and-Talks” are really my key “go-to” strategy for building relationships, and I learned that strategy from our principal, Jim Peterson (see his guest post, Guest Post: “Walk & Talks” Are Extremely Effective Way To Connect With Students – Here’s A “How-To” Guide).

Now, to the research I refer to in the headline of this post:

There’s been a fair amount of hullabaloo online about a new study from the American Enterprise Institute titled Creating Birds of a Feather: The Potential of Similarity to Connect Teachers and Students (Ed Week has a nice summary headlined Study: Class Getting-to-Know-You Exercise Can Help Close Achievement Gaps).

Basically, the researchers had teachers and students take a survey near the beginning of the school year and told each five items that they had in common with each other. It didn’t have any impact on how students seemed to see their teachers. But it appeared to have a substantial impact on how teachers related to their African-American and Latino students, and that resulted in a reduction in the “achievement gap” (let me know if you think I’m misinterpreting the results). As a result, the researchers created a free online survey tool that teachers could use with their students, and are touting it as low-cost way to reduce educational inequities.

That sounds good, you might say, so what’s the “problem with education research” I refer to in the headline of this post?

Well, according to the study, the teachers that did this  only had an average of 12.6 students each in their class. I don’t know about you, but I’m not that aware of many teachers who have that kind of class-size.

At the beginning of a school year, I, too, would be able to remember who I had what in common with almost immediately. Larger student numbers would make that challenging, and middle-and-high-school numbers would make it impossible.

I’m all for research that reinforces the importance of building student/teacher relationships. I just wish recommended interventions lived in the real world.

For example, it would be very useful to know what kind of impact this kind of intervention would have in the middle of a school year if a teacher was having problems with a particular class (see Have You Ever Taught A Class That Got “Out Of Control”?). Could a survey like this help in that kind of situation?

What do you think – am I being too harsh?

I’m going to add this post to The Best Resources For Understanding How To Interpret Education Research.

A Look Back: “My ELL Gratitude Lesson – With Student Handout”

A Look Back: Who Would Have Thought? Professional Development Focusing On Specific Instructional & Classroom Management Strategies Found To Be Effective