Sunday is the 75th anniversary of the Executive Order beginning the shameful internment of Japanese-Americans in World War II.

Karen Korematsu, daughter of Fred Korematsu, the famous resister of the order who was later awarded the Presidential Medal of Freedom for his actions, has written a column in The NY Times column titled When Lies Overruled Rights. In it, she applies those 75-year-old lessons to today.

Here is an excerpt: 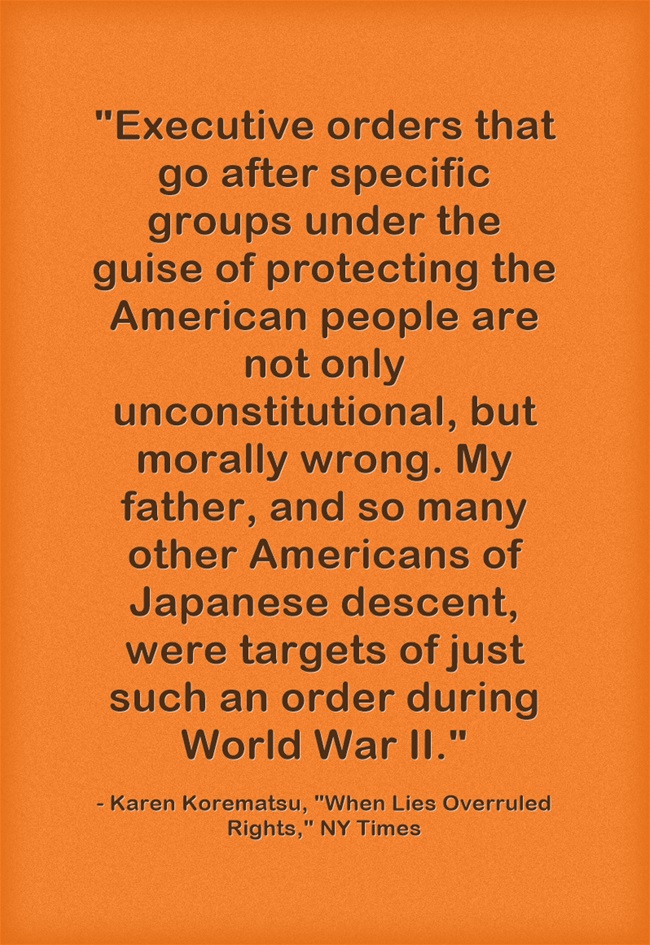 I’m adding this to The Best Resources On Japanese-American Internment In World War II.