Fascinating – & Depressing – “You Draw It” Interactive Infographic From NY Times 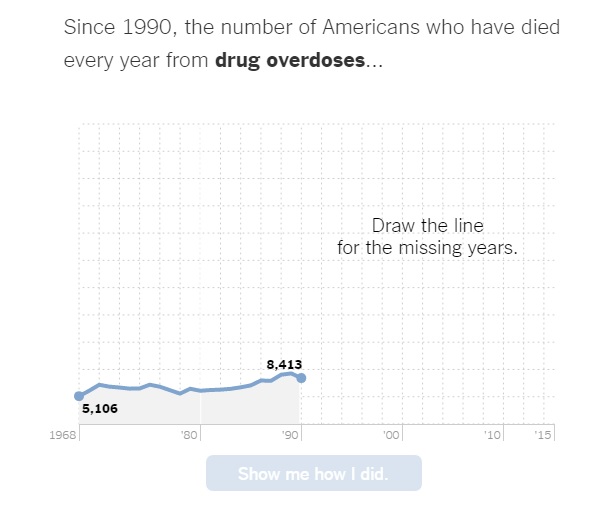 The New York Times periodically published “You Draw It” infographics – it gives you the chance you draw what you think is the answer and then compares it to the actual data. I’ve previously shared two of them:

You Draw It: How Family Income Predicts Children’s College Chances

You Draw It: What Got Better or Worse During Obama’s Presidency

Today, they’ve published a new one, You Draw It: Just How Bad Is the Drug Overdose Epidemic?, which lets you compare the number of Americans who have died of drug overdoses to the numbers who die from other causes.

Infographic Of The Week: “The Most Difficult Languages To Learn For English Speakers”