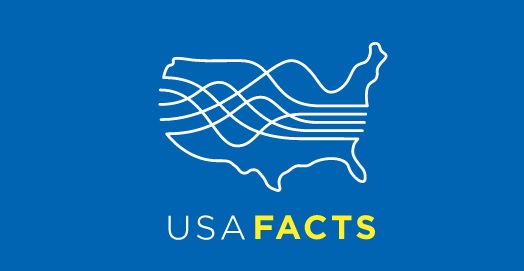 UPDATE: The site is now live. However, it’s pretty “sluggish” because, I assume, of the large amount of traffic it is receiving. One would have expected the former CEO of Microsoft would have anticipated this problem…

Steven Ballmer, the former CEO of Microsoft, is unveiling a treasure chest of accessible on Tuesday called USA Facts.

Here’s an excerpt from today’s New York Times article on it (titled Steve Ballmer Serves Up a Fascinating Data Trove):

On Tuesday, Mr. Ballmer plans to make public a database and a report that he and a small army of economists, professors and other professionals have been assembling as part of a stealth start-up over the last three years called USAFacts. The database is perhaps the first nonpartisan effort to create a fully integrated look at revenue and spending across federal, state and local governments.

Want to know how many police officers are employed in various parts of the country and compare that against crime rates? Want to know how much revenue is brought in from parking tickets and the cost to collect? Want to know what percentage of Americans suffer from diagnosed depression and how much the government spends on it? That’s in there. You can slice the numbers in all sorts of ways.

The site hasn’t opened for business at the time I’m writing this post (the page says it’s opening soon and asks you for an email address), but I assume they’ll unveil it in a few hours.

We’ll see if it meets the hype – I suspect it will….

A Look Back: Ten Tools For Comparing The Demographics Of Different Countries

ArtFinder Helps You Discover Art You Like & Build Virtual Collections