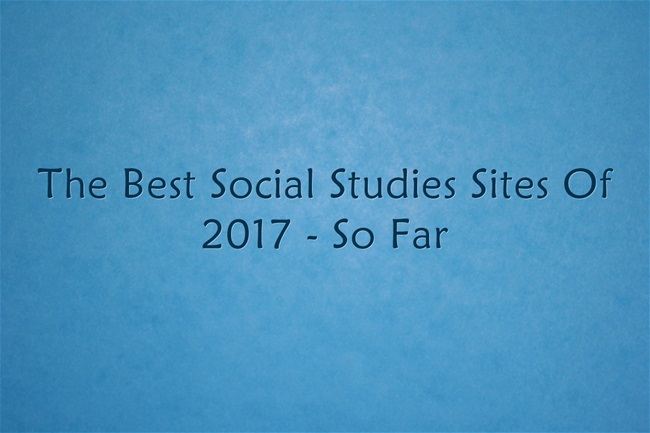 Here are my choices for The Best Social Studies Sites Of 2017— So Far:

The Global Jukebox is an amazing repository of folks songs from all over the world. They’re organized in a couple of ways, including geographically. Here’s how they describe themselves:

The Global Jukebox pays tribute to the expressive styles of all peoples within the framework of cultural equity and the diversity which is crucial to our survival as a species.

You can read more about it at Open Culture’s post, New, Interactive Web Site Puts Online Thousands of International Folk Songs Recorded by the Great Folklorist Alan Lomax. I’m adding it to The Best Sites For Learning About The World’s Different Cultures.

Google unveiled a huge redesign of Google Earth. The changes include being now completely browser-based, letting you see the world in 3-D, and providing guided “Voyager” tours. You can read more about the changes at:

In The Best “Lists Of Lists” Of History’s Most Influential People, Events & Ideas, I share good models that I use for models – or just ideas – for student projects. Here are a few additions:

25 Mini-Films for Exploring Race, Bias and Identity With Students is an important collection of videos and accompanying lesson plans from The New York Times Learning Network. It’s not to be missed… I’m adding it to A Collection Of Useful Posts, Articles & Videos On Race & Racism – Help Me Find More.

The Atlantic unveiled the “Life Timeline” interactive. Use a “drop-and-drag” menu to input your birthday, and it will deliver a visually engaging history of the key events that have happened during your lifetime. The timeline includes political, cultural, technological and other kinds of developments, along with an intriguing short summary. You can read more about the Life Timeline tool here. As we all know, teenagers love to talk and write about themselves, and this tool could be an intriguing personal hook to connect with history. It doesn’t really fit into The Best “Today In History” Sites list, but I can’t think of a better place to put it.

There are lots of ideas we want our students to learn about being an active citizen, and strategies for achieving social change is one of them (see The Best Posts & Articles On Building Influence & Creating Change and The Best Websites For Learning About Civic Participation & Citizenship).

Kathryn Schulz published an excellent analysis and guide for effective ways to communicate with your congressperson in The New Yorker – What Calling Congress Achieves. I wouldn’t use the whole piece in class, but excerpts would be very engaging.

How to Make Your Congressman Listen to You is also very good, and much more accessible – it’s a series of tweets from a former Congressional staffer. 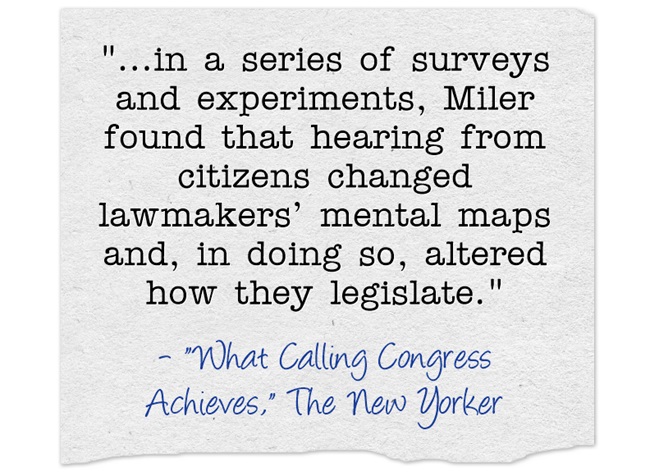 GlobalXplorer is a crowdsourced tool supported by TED that lets users search satellite imagery for signs of looting so that archaeological sites can be saved. The first country they are searching is Peru. It seems like it would be an excellent student project – the geographic “tiles” that are searched don’t seem too big, the “training” required (watching a short video) seems pretty easy, and the supplemental materials from National Geographic about Peru are ideal for Geography class. You can read more about the project at TED. In many ways, the project is similar to Zooniverse, another crowdsourced site for “citizen” science and social science projects (see “Zooniverse” Is One Of The Coolest Ed Sites On The Web – I Can’t Believe I’m Just Hearing About It!).

The Best Resources For Learning About The Spanish-American War

The Best “Around The World” Videos

“What If?” History Projects

The Best Videos For Learning About Civil Disobedience

Max Roser at “Our World In Data” has really done an impressive job highlighting key indicators at his “A history of global living conditions in 5 charts.” In addition, he has created a chart summarizing the global development over the last 200 years as the story of 100 people (available at the same link). I’m adding it to The Best Websites For Teaching & Learning About World History and to The Best Sites That Show Statistics By Reducing The World & The U.S. To 100 People.

Radio Garden is an online interactive map of radio stations that you can listen to from around the world. It’s pretty nifty, and you can read more about it at The Atlantic’s article, The Map That Lets You Listen to the Radio Everywhere. It would be a good companion to Radiooooo, one of the coolest music sites around. You can click a country on a world map and then click a decade from the past 120 years, and it will then play music from that area and from that time period. Both of them are now at The Best Sites For Learning About The World’s Different Cultures.

The Best Resources For Teaching & Learning About The Standing Rock Protests\

The Best Videos For Teaching & Learning About Figurative Language