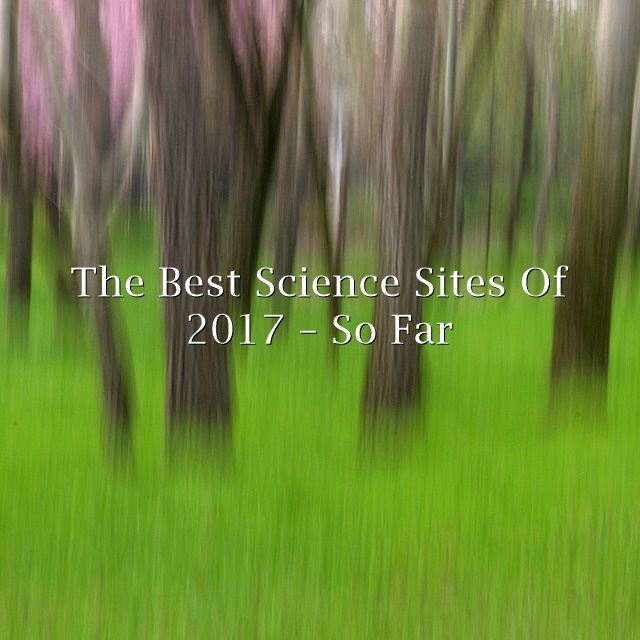 Here are my choices for The Best Science Sites Of 2017 – So Far (not in any order of preference):

NPR has just announced their first show geared towards kids – a science podcast called “Wow In The World.” Here’s how they describe it:

NPR is thrilled to announce the launch of Wow in the World, a new podcast for kids ages 5-12 that illuminates the wonders of science, technology, discovery and inventions….Starting May 15, NPR’s Guy Raz and SiriusXM’s Mindy Thomas will take kids and their grown-ups on a journey into the most incredible science and kid-friendly news stories of the week.

One would think it could also have potential for use in the classroom.

The Best Resources On The Cassini Spacecraft

Here are two new (to me) sites providing very accessible science resources to teachers and students:

Young Person’s Trust For the Environment (you can more about it at TopMarks).

Legends of Learning is a new site that provides custom-built games organized by learning objectives. Teachers can create “playlists” they want their students to access and then monitor their progress. They only have science-related games right now, but plan on adding more related to other subjects soon. You can read more about it at USA Today’s article, ‘Spotify for learning games’ coming to classrooms, and I’ve embedded a video about the site at the bottom of this post. I’m adding it to The Best Sites Where Students Can Work Independently & Let Teachers Check On Progress.  It appears the site is free for a month or so after registration (longer if you have fewer students) and then you have to review games, perform other services for the site, or pay per student.

The Best Videos For Learning About The Scientific Method

“How small are we in the scale of the universe?” is the title of a new TED-Ed video and lesson.

I’m adding it to The Best Web Tools That Show You Objects To Scale.

Vanishing: The Extinction Crisis Is Far Worse Than You Think is an important – and depressing – new CNN multimedia interactive. I’m adding it to The Best Resources For World Biodiversity Day (& Endangered Species Day).