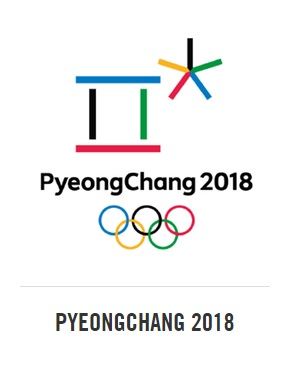 Just as I’ve recently gotten a head start on the 2020 Olympics (see A Beginning List For Learning About The 2020 Tokyo Summer Olympics), I thought I’d do the same for the 2018 one.

Here are my choices for the best resources on the 2018 Winter Olympics:

You’ll want to start at the two official sites for the 2018 Olympic Games.

NBC has a multimedia site on the Olympics.

The Telegraph newspaper already has a site for all their stories about the games.

Check out my New York Times post for English Language Learners  on the Winter Olympics and using picture dictation in the classroom. It includes a student interactive and teaching ideas.  It’s about the last Olympics, but the ideas can easily be adapted and modified.

Winter Olympics: Sport by Sport is a good ESPN interactive on all the winter sports.

Winter Olympics: The drama of the Games is from The BBC.

Here’s an interactive from the BBC on the history of the Olympic Games.

Here is a collection of interactive graphics from The Washington Post on the Olympics.  It’s from the last Olympics, but many are still relevant.

Tricks is a NY Times feature: “Snowboarders and skiers have an extensive vocabulary of spins and flips. Some tricks are named for their technical requirements, others for their flair. Here, some of the best riders describe the joy and fear that come with these jaw-dropping maneuvers.”

The Beginner’s Guide to Watching Olympic Figure Skating Like a Super Fan is from The Atlantic.

How Olympians Stay Motivated is an excellent article in The Atlantic, and here’s an excerpt that tells you about it:

We can’t all be Olympic athletes. (In fact some of us, including your humble narrator, should not be allowed anywhere near ice or blades.) But we all face times when we really don’t want to do something that we, nonetheless, really have to do. Drawing from interviews with top athletes and their coaches, along with psychological studies of athletes, here are seven ways Olympians stay motivated through the training slog. I doubt teachers will find a more useful article on the Olympics — piece combines the high interest and topic subject of the Olympics with just about every priority in Social Emotional Learning.

What Do the Olympic Rings Mean? is from Mental Floss.

Looking Back: Photos From the First 12 Winter Olympics is from The Atlantic.

Ski Jumping is a cool interactive from The New York Times.

New Scientist shares the odds of getting injured in each Olympic sport.

What’s the Most Dominant Country In Each Winter Olympic Sport? is from The Atlantic.

A Brief History of Sexism in TV Coverage of the Olympics is from The Atlantic.

Here are a bunch of videos from Infobytes:

North Korea calls for reunification as hockey teams unite ahead of joint effort at Winter Olympics is from The Telegraph.

NBC News has a special site with all their coverage.

Your Questions About the 2018 Winter Olympics, Answered is from The New York Times.

Read Write Think has a number of lesson ideas connected to the Winter Olympics.

The Olympics themselves have an extensive website with teaching materials. It’s a bilingual site (English/Korean), and the default is Korean. So you have to click “EN” at the top to go to the English site.

The iSL Collective has some downloadable materials for ELLs.

Web English has some ELL materials around the Olympics.

Why Is Russia at the Olympics? is from The NY Times.

Al Jazeera has a special page on the Olympics.

The New York Times Learning Network has published Teaching the Winter Olympics Across the Curriculum, With Help From The New York Times, which is probably the best guide to teaching with the Olympics that you’re going to find anyway.

The speediest Winter Olympic sports is an interactive from The Washington Post.

WINTER OLYMPICS 2018 is a good lesson from ELT Sparks.

Tour the #WinterOlympic venues in #Pyeongchang. Explore high resolution @DigitalGlobe imagery of the venues powered by @Esri and check out the @AP photography and drone videos. https://t.co/y7uHLCH4IH pic.twitter.com/ep7uGr6ugQ

Check out the #WinterOlympic venues in #Pyeongchang. Explore high resolution @DigitalGlobe imagery of the venues powered by @Esri and see the @AP photography and drone videos. https://t.co/EAJnzKl9Po pic.twitter.com/mg41Zab9TO

Is an athlete from your home town representing the United States at the #WinterOlympics? Find out with this set of maps: https://t.co/WyykMKBT8b pic.twitter.com/LAIKTkXo6u

Do you think you have the eagle eye of a figure skating judge? Take the quiz: https://t.co/lOBwQ12wqS

TIMELINE: A History of Political Controversy at the Olympics is from KQED.