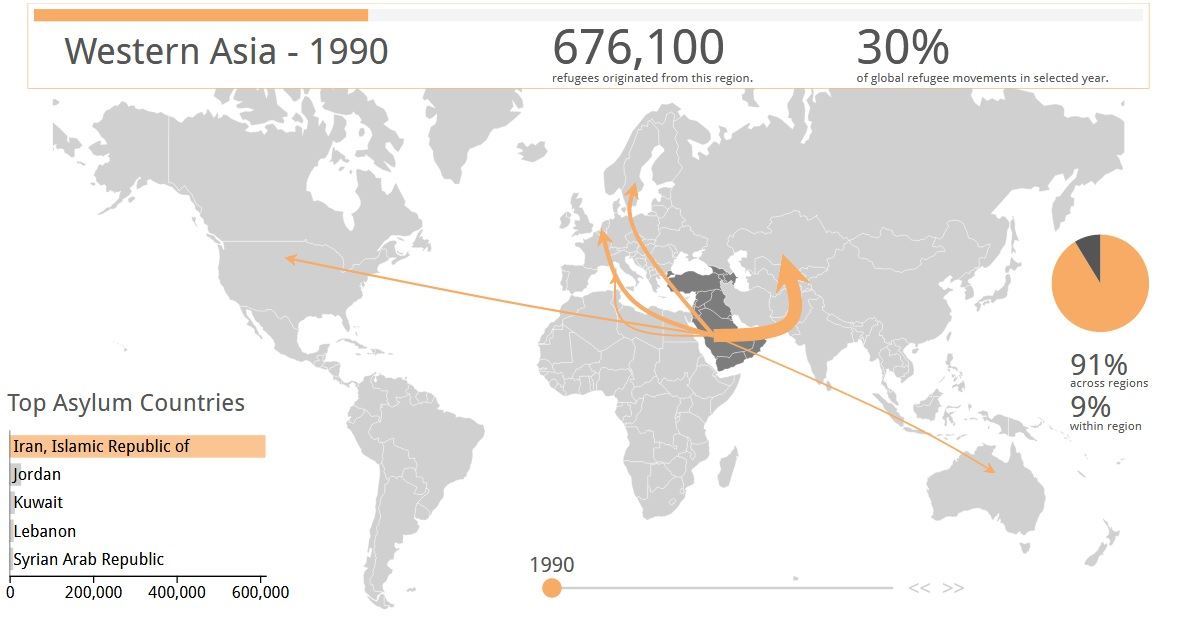 I have several interactive maps at The Best Sites For Learning About World Refugee Day that show the flow of refugees around the world.

They tend to be confusing – at least, to me.

The University of Zurich, though, has developed a new one called Refugee Movements which is clean, clear and easy to use.  The screenshot at the top of this post shows its interface, and the site has a slider at the bottom that lets you change the years.