Supreme Court Chief Justice John Roberts gave a speech at his ninth-grade son’s graduation, and it’s been receiving rave reviews across the land.

It really is a good speech, and you can watch it in the video embedded below, and you can read the transcript here.

But, ever since I heard about it last week, something has been bothering me. His son’s school is an exclusive one (its six week summer session alone costs $9,000) and, I suppose, many students whose families can afford that kind of money might need to hear this message: 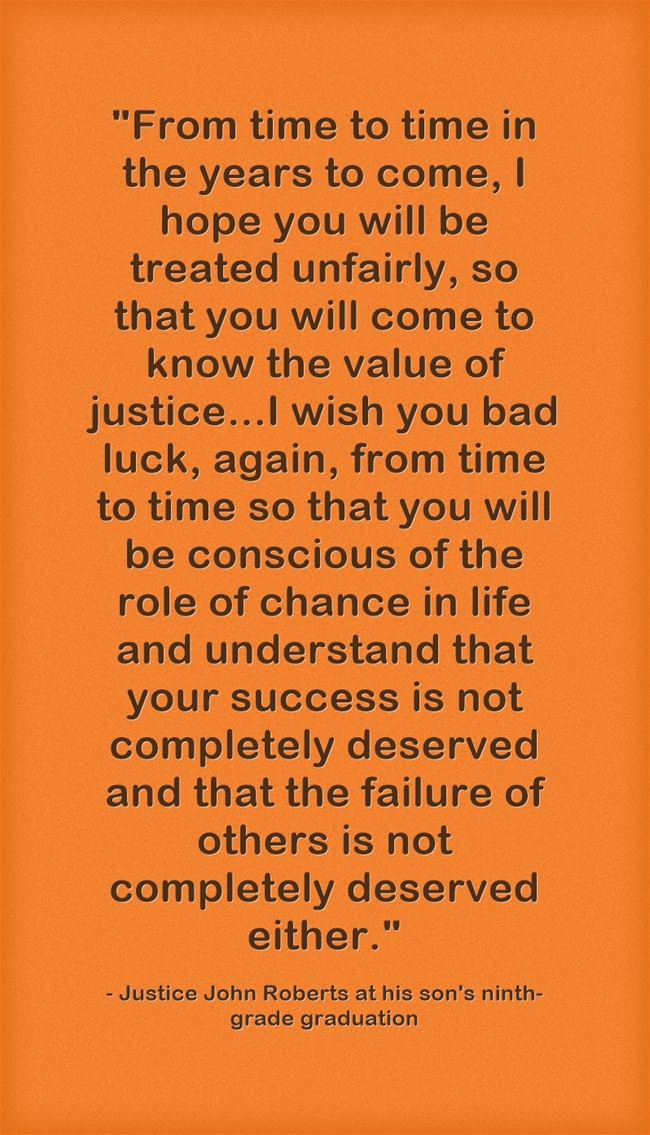 I just wish some of the fawning media coverage of the speech made a mention of the fact the majority of students attending public schools in the United States live in poverty, and I think they need less unfairness and bad luck in their lives.

It would have been nice, too, I think, if Chief Justice Roberts has made at least a small allusion to that reality.

But maybe I’m over-reacting. Let me know what you think.

But I’m still not adding it to The Best Commencement Speeches.

Second Quote Of The Day: “Why we are not ‘cured’ of racism”

More On The Grimsvotn Volcano