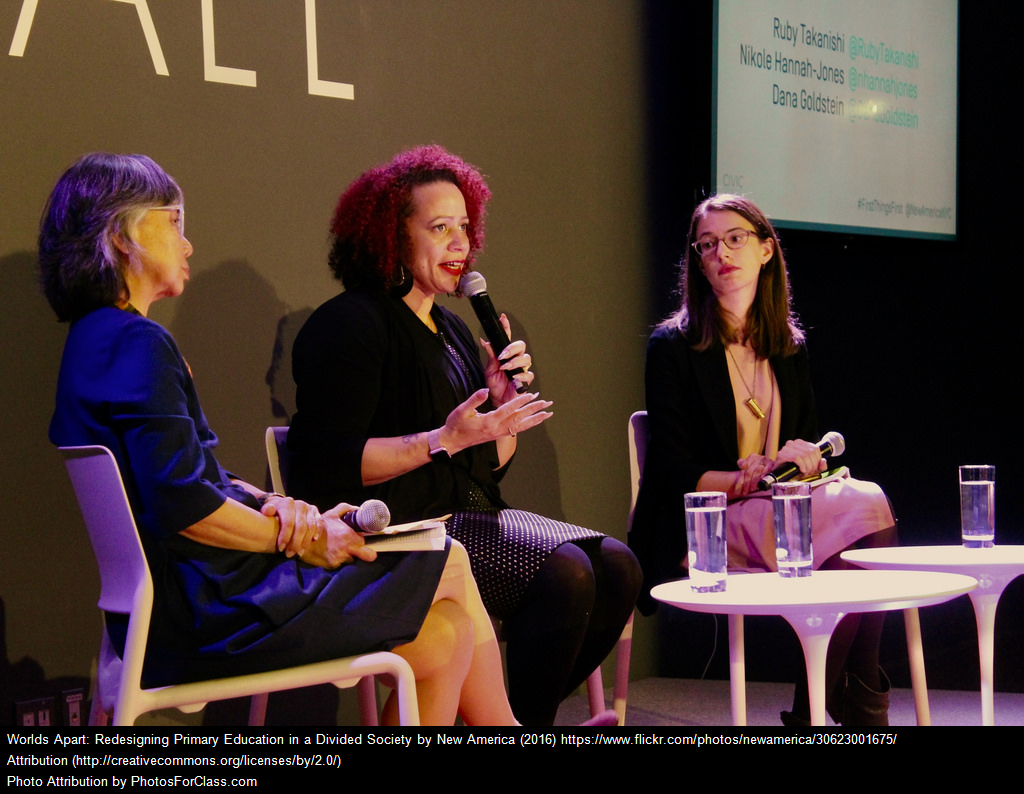 I just received this press release from the International Literacy Association (you can find articles by Nikole Hannah-Jones that I’ve previously shared here):
On Saturday, July 15 from 2:00–4:00 PM, The New York Times Magazine investigative reporter Nikole Hannah-Jones will deliver a keynote and moderate a panel discussion at “Disrupting a Destructive Cycle: How Literacy Drives Social Change,” an event taking place at the International Literacy Association (ILA) 2017 Conference & Exhibits in Orlando, FL.
The conversation will explore how educators can confront complex social issues such as racially motivated violence and cultural intolerance in the classroom, and the role of literacy as a key agent of civic engagement and social change.
ILA is partnering with Heinemann Publishing to broadcast this event via Facebook Live. Those interested can learn more here and RSVP on the event page. To tune into the panel, simply visit our Facebook page during the time of the event. The full recording will be archived on our Facebook.
Hannah-Jones won a 2017 National Magazine Award Winner for her story “Choosing a School for My Daughter in a Segregated City.” She is a leading voice on racial segregation, desegregation and re-segregation in American schools and has spoken about these issues on national public radio broadcasts.
Other panelists include:

Addendum: Here is the speech she gave:

Additions To Some “The Best…” Lists