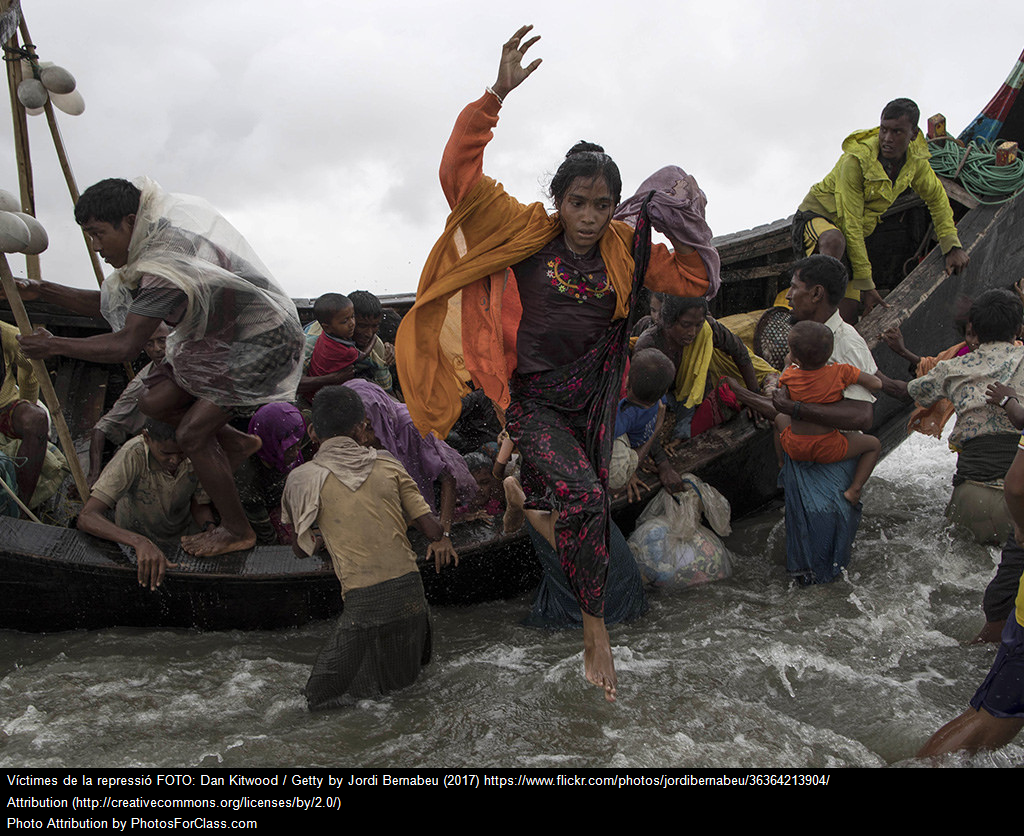 Rohingya refugees fleeing persecution and death in Myanmar are numbering in the hundreds of thousands.

Here are resources to help teach and learn about what is happening (you might also be interested in The Best Sites For Learning About World Refugee Day):

The Rohingya Crisis is from CNN.

Rohingya crisis explained in maps is from Al Jazeera.

Myanmar’s Nobel Peace laureate is hiding from the world as her country moves closer to genocide is from Vox.

A Nobel Peace Prize Winner’s Shame is from The NY Times.

Video: The chilling reality of life inside a refugee camp for 400,000 Rohingya Muslims https://t.co/FLjHXLxs2q

Scorched earth. Harrowing escapes. Half a million on the move. How did the Rohingya crisis come to this? https://t.co/bYXTKZEcSF pic.twitter.com/YxEn5v5z1p

A refugee camp in Bangladesh for Rohingya Muslims will soon be the largest one in the world, and the AFP press service has released an impressive interactive map of the area.

It’s called Kutupalong: Rohingyas Hit Dead End, and is similar to interactive maps of other refugee camps found at The Best Sites For Learning About World Refugee Day.

Rohingya Refugees: How to help the children is from NBC News.

How The Rohingya escaped is a NY Times interactive.

Here’s why the Rohingya people of Myanmar are some of the most persecuted people in the world pic.twitter.com/MZVDPG9kxR

What do you know about the Rohingya crisis?

This interactive page tells you everything you need to know: https://t.co/lxCVu4IPYr pic.twitter.com/mwgduBET5Q

Rohingya Refugee Emergency at a Glance is an interactive.

One year later, Rohingya refugees want statehood and justice is from the PBS News Hour.

The girl whose home could slip away is an interactive from The BBC.

Three years since their genocide began, the Rohingya remain desperate for help is from The Washington Post.