The Best Places To Get The “Same” Text Written For Different “Levels” is one of my most popular “Best” lists and, thanks to reader Kev, I learned about a new site I’m adding to it.  It’s called Simplish.

Simplish will “simplify” and/or summarize any text up to  2,500 words for free (you have to pay for longer documents) and, though I’m not entirely sure of this feature, it also apparently will do the same for translation (e.g. input a document in one language and then simplify or summarize it into another language).

In many ways it’s similar to Rewordify, another tool on that list, though Rewordify is free for longer documents and, I think, works better (though it, too, has its limitations).

I was much more impressed with Simplish’s ability to summarize than its simplification skills.  Here’s a partial example of how it “simplified” a paragraph from this article in today’s New York Times (its “footnoting” of  more difficult words was interesting): 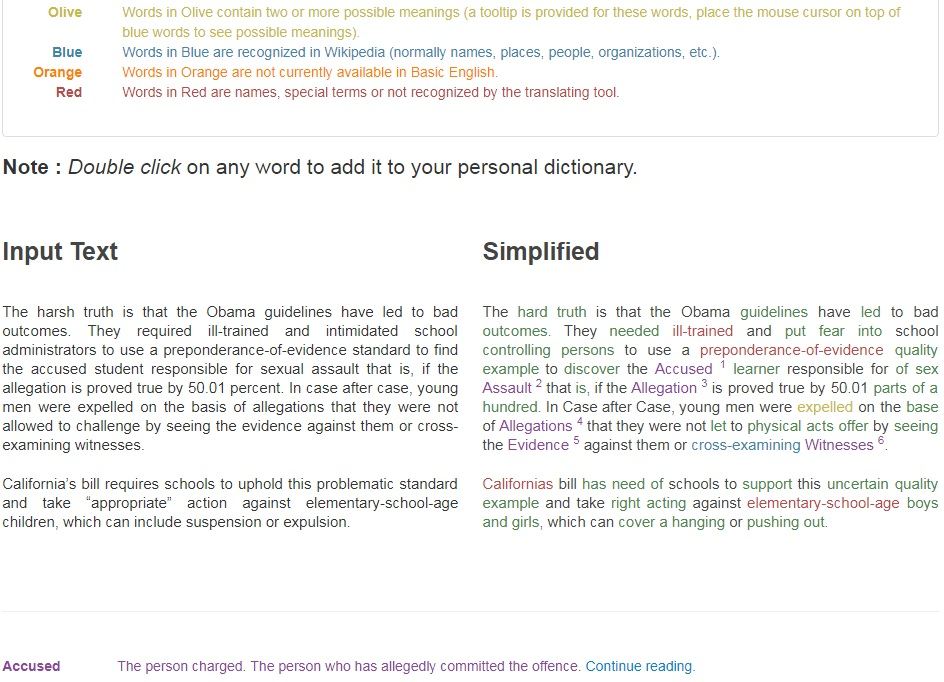 For me, the bottom line – for me –  is that there are so many other resources on that “Best” list of human-assisted simplified articles that I question if having imperfectly-done automatic versions are really worth it.  But I’m sure there will be technological advancements in the coming years that will have sites like Simplish and Rewordify much better at their jobs.

Guest Post: “Distinguishing Between A Special Need And A Language Acquisition Issue”