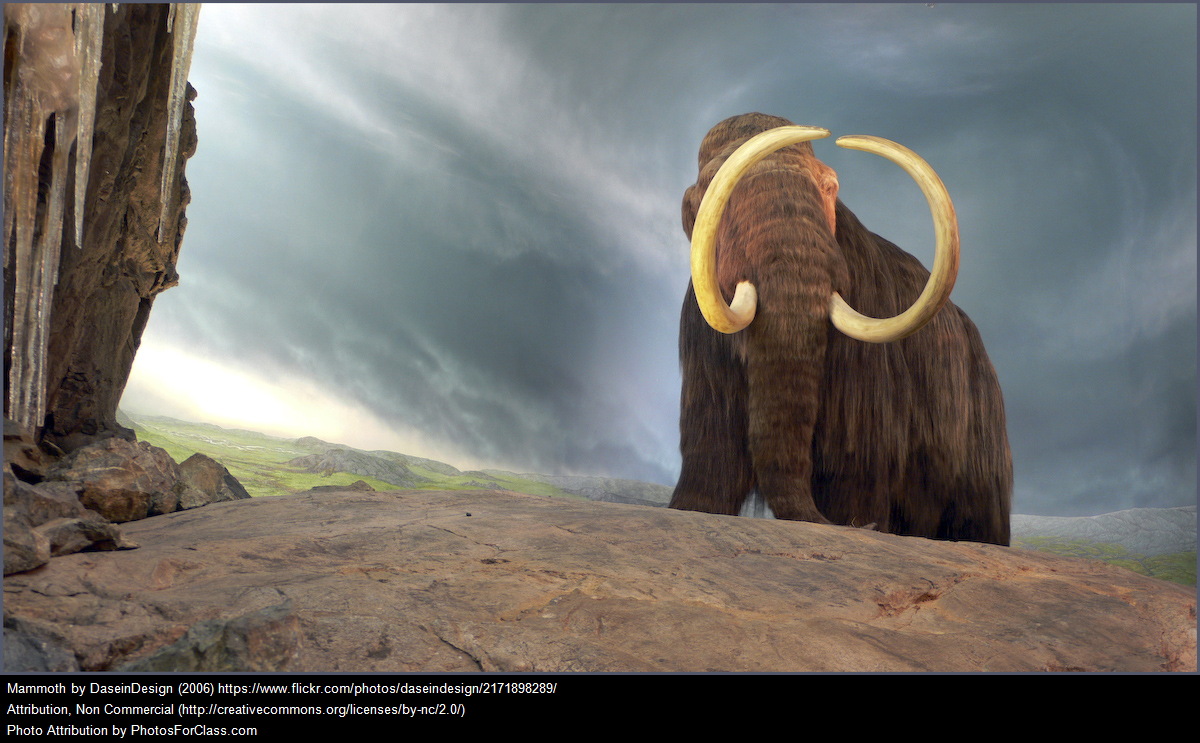 Today, I did a simple inductive lesson in my English Language Learner World History class that I thought readers might find useful – not necessarily for the particular lesson itself, but because it provides a pretty good example of how inductive learning can work.

We’re studying prehistoric times, and the chapter in our textbook briefly mentioned the woolly mammoths and showed an artist’s drawing of one.

We took a break from the book and I showed this video:

Then, I said that scientists are trying to bring a mammoth back to life.  I asked if anyone had seen a Jurassic Park movie (many had).  We talked about “genes” (as well as “jeans”), and how scientists could take some from a frozen mammoth like the one in the video and use them to create a new one.

I then showed this video:

Next, we read this cloze, also known as a gap-fill (see The Best Tools For Creating Clozes (Gap-Fills) ).  You can download the cloze here. 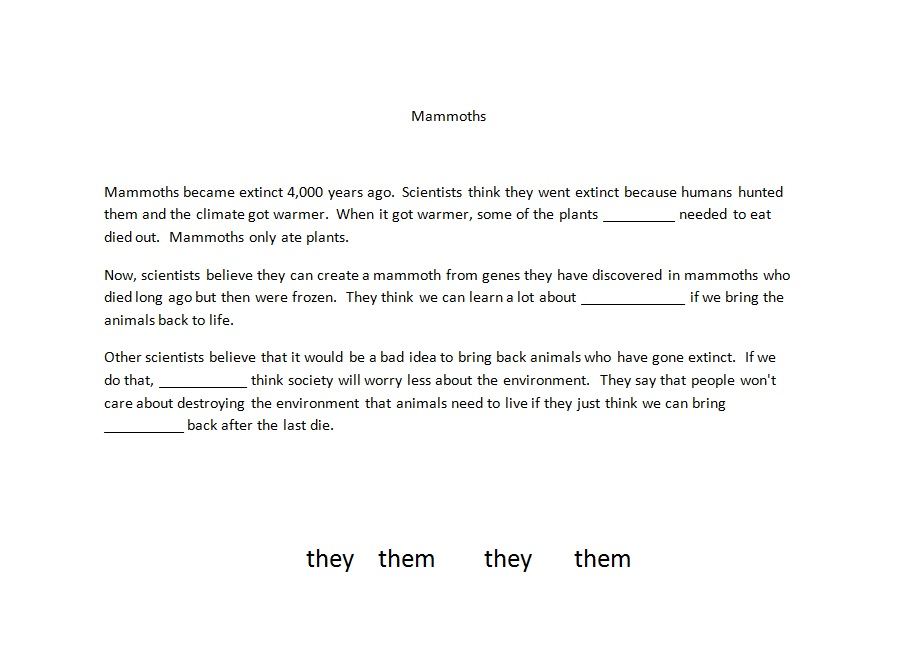 I first read it aloud, saying “ummmm” where the blanks were located, and then students completed it. We went over it, and then I asked students to work on their own to use the cloze to figure out the rule about when to use “they” and when to use “them.”

All of them came up with something like “they comes before the verb and them comes after the verb” or “they comes at the beginning of a sentence and them later.”

It went well, and is a textbook example of how to merge content knowledge with language instruction, and to have students “create” their own knowledge.

Video: “How School Lunches are Made in Japan”

Here’s How I Ended My Classes This Year

Excellent Online Video For ELL’s About Plane Crash Into Hudson