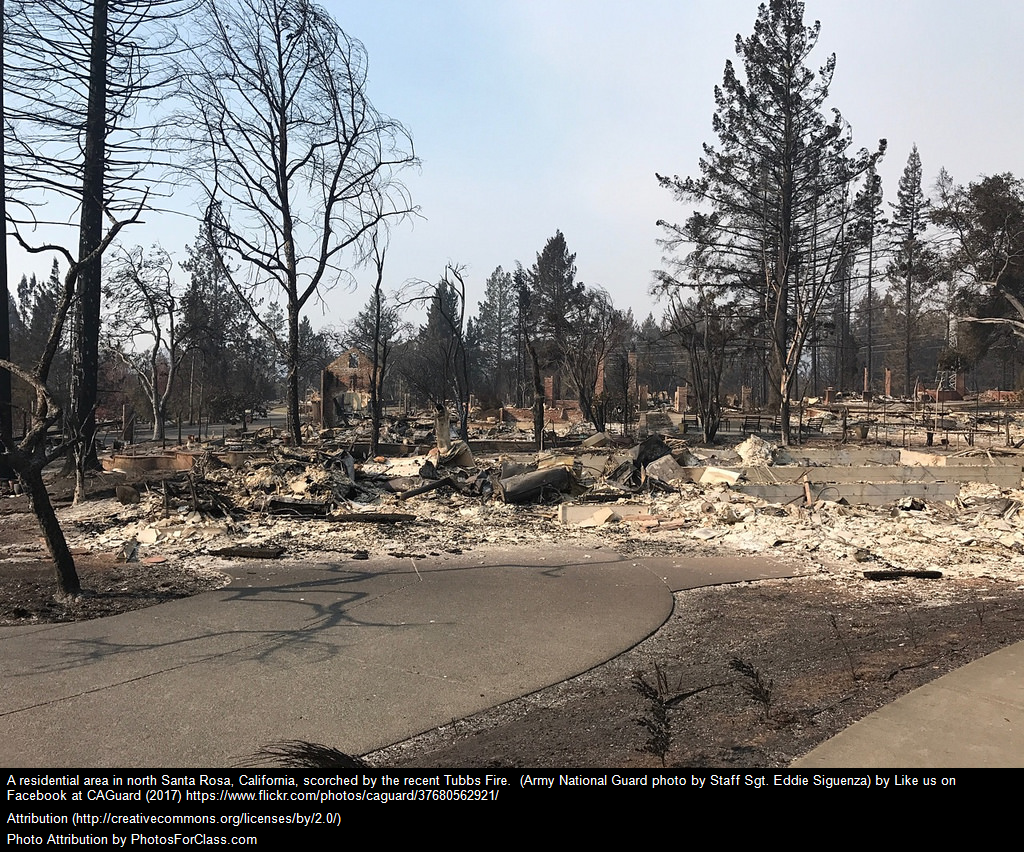 I lived in Santa Rosa for ten years and still have friends there. Though they are all safe, as of today some still didn’t know if their homes had survived the fires.

Clearly, the most important information right now is how to help victims:

TAKE ACTION: How you can help North Bay fire victims is from ABC News.

How to Help Support North Bay Fire Victims is from EATER San Francisco.

Here are a few more resources specifically about the tragedy that may even get worse over this weekend:

Photos of California’s Destructive Wildfires is from The Atlantic.

Satellite images reveal the devastation of the California fires is from The Washington Post.

Before and After Photos: Fires Tear Through California’s Wine Country is from The NY Times.

Seen From Above: California Fires Reduced Entire Communities to Ash is from The New York Times.

California’s wildfires aren’t “natural” — humans made them worse at every step is from Vox.

Check out our Article of the Day to learn more about the California wildfires: https://t.co/0ZHXmkyqqL