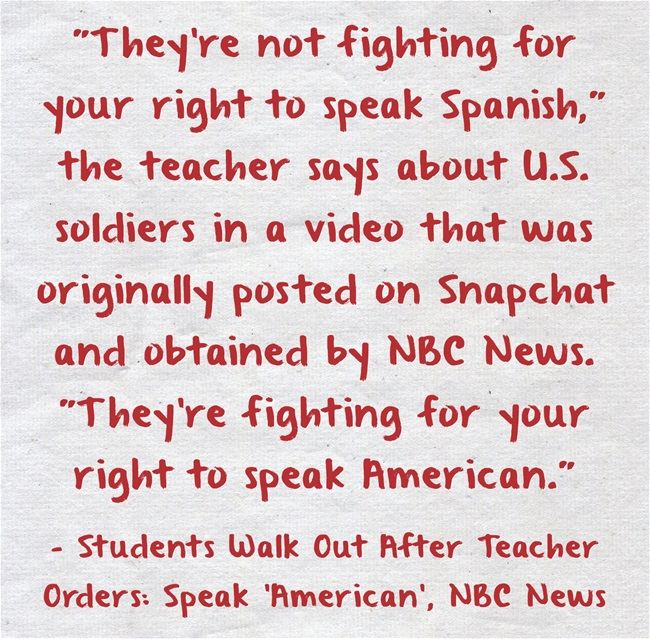 One hundred students walked-out of a New Jersey high school after a teacher told students they should speak “American” and not Spanish.

You can read more about it at the NBC News article Students Walk Out After Teacher Orders: Speak ‘American.’

Here’s a video of the incident:

I’d recommend that the teacher, among other actions, read The Best Resources Explaining Why We Need To Support The Home Language Of ELLs, which holds true for all students and not just ELLs.

Here’s an interview with one of the students who was reprimanded by the teacher:

NPR Invites Ideas For A New Series On Education Called…”Ideas”