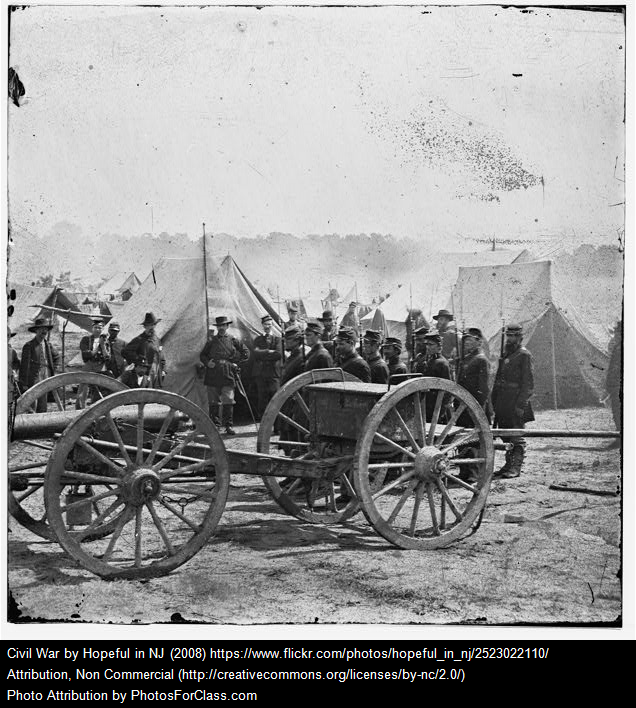 This is one of those “you gotta’ be kidding me” Best lists.

I has quite a few resources on this topic on The Best Sites For Learning About The American Civil War list, but John Kelly’s recent comments caused me to decide it was worth creating a separate “Best” list.  I had originally put together similar resources when President Trump made a similarly mistaken commentary (President Trump & The Civil War), but hadn’t anticipated that it would keep on coming up.  You can find even more links on that earlier post.

Of course, the “up” side of his mistaken analysis is that the resulting publicity might create more interest among students in learning what really happened. I’ll certainly be bringing up Kelly’s interview when we start learning about the Civil War in January.

Here’s what I have – feel free to suggest other resources:

The Civil War Was Not a Mistake is from The Atlantic.

2 maps that show the Civil War really was about slavery is from Vox.

Five myths about why the South seceded is from The Washington Post.

Actually, John Kelly, the failed ‘compromise’ to avoid Civil War would have enshrined slavery is from The Washington Post.

To John F. Kelly: Read this before you utter another word about the Civil War is from The Washington Post.
Gen. Kelly Says Civil War Due to Lack of Compromise. Historians Dispute That. is from NBC News.

Regarding John Kelly's creationist theorizing on Lee and the Civil War, its worth pointing out a few things.

Notion that Civil War resulted from a lack of compromise is belied by all the compromises made on enslavement from America's founding.

I mean, like, it's called The three fifths compromise for a reason. But it doesn't stand alone. Missouri Compromise. Kansas-Nebraska Act.

Lincoln's own platform was a compromise. Lincoln was not an abolitionist. He proposed to limit slavery's expansion, not end it.

During the Civil War, Lincoln repeatedly sought to compromise by paying reparations–to slaveholders–and shipping blacks out the country.

"Compromise" continued long after Lincoln's death. Compromise of 1877 led to explicit White Supremacist rule in the South for a century.

This is really basic stuff–easily accessible, not tucked away in archives somewhere.

I made a one-stop infographic detailing the cause of the Civil War as told by Confederate constitutions and leaders. Spoiler alert – it was definitely about slavery. #CivilWar #Confederacy pic.twitter.com/FFDaoN4D8a

“Seriously Amazing” Questions Get Answered At The Smithsonian

Experience Being An Eagle & A Dementia Patient In These Two Videos

The Best Sites For Learning About Mount Everest