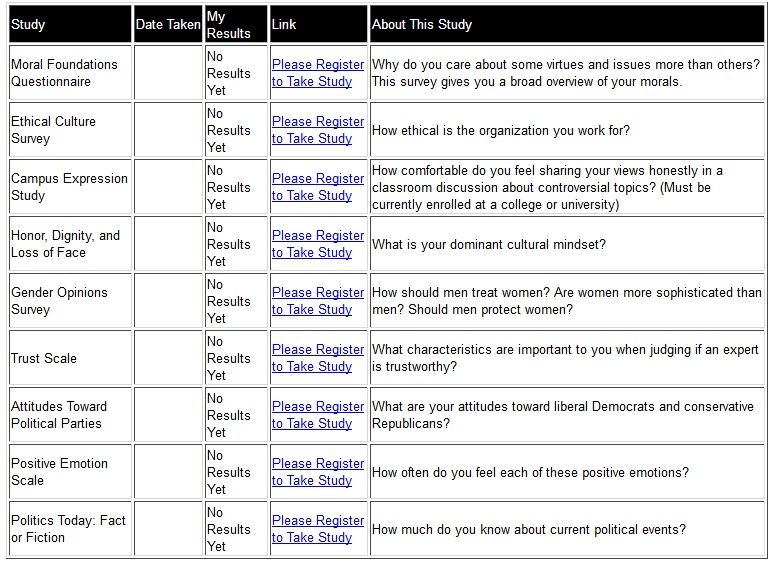 Project Implicit, a series of quizzes, is from Harvard, and may the most well-known online resource for discovering hidden bias. I have my IB Theory of Knowledge students use the site when we are studying Perception.

YourMorals.org seems to be a similar site (it appears to be from MIT), though focused entirely on moral issues. You can see a sample of their “tests” in the screenshot at the top of this post. I think they would be useful in TOK when we are studying ethics, and would go along with other “tests” I have students take (see What Are Your Moral Principles?).

I learned about the site through Flowing Data, which posted about a feature connected to “Your Morals” called Collective Debate.

[it] gauges your moral compass with a survey and then tries to “debate” with you about gender bias using counterpoints from the opposite side of the spectrum. The goal isn’t to be right. Instead, it’s to try to understand the other side. At the end, you see how you compare to others.

Quote Of The Day: “Teaching Doubt” (& How I’m Going To Use It In Class)

Comic: Explaining Emotion To An Alien