Here’s A Typical Formative Assessment I Give To My Beginning ELL Students – How Can You Make It Better? 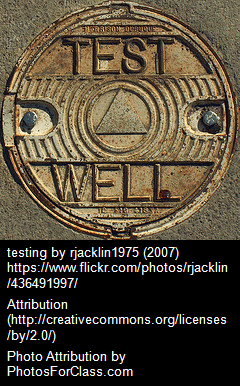 I regularly give my Beginning English Language Learner students low-stakes tests to assess how they’re doing.

Here’s an example of one I’ll give them later this week.  We’re studying “family,” which is the focus of this test.  However, it’s fairly typical of the kind of give no matter what topic we’re studying.

I’ll typically say the words listed in the first part and use them in a sentence, giving students time to write down how they think they’re spelled.

Then, I’ll show the last part of the test on the document camera.  They include clozes (fill-in-the-gaps), sentences written with no words separated so they have to write them correctly, a sentence where they have to correctly use a verb we’ve been studying, some “sentence scrambles,” a question they have to answer, and an incorrectly written sentence they have to re-write correctly.

It’s not a brilliant piece of test-design, but it does tend to give me – and them – a pretty good idea of how they’re doing.

Take a look, and then let me know how you think it can be improved!

20.Where does your father live?

21. Jorge and Emili is brother and sister.

If You Drop-Out Of High School, You’ll Be Less Healthy

Guest Post: “How My Intermediate ESL Students Evaluated Me This Quarter”