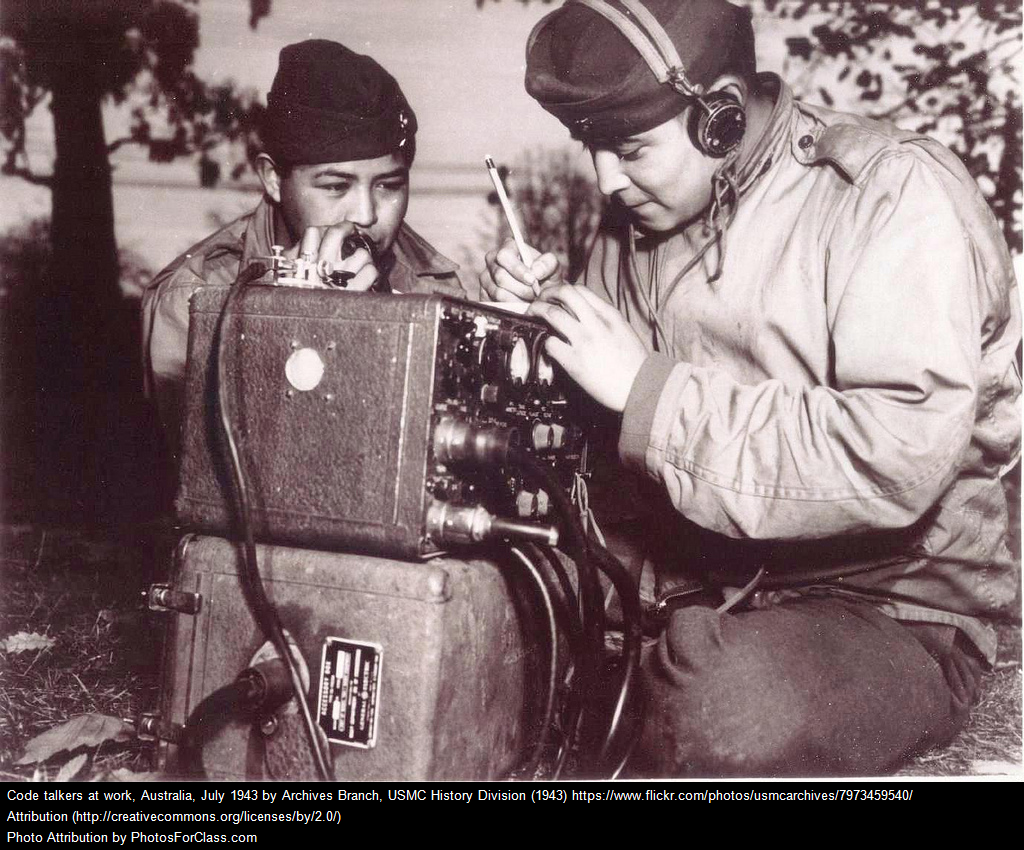 The controversy about President Trump’s comments at the event recognizing the Code Talkers has created an opportunity for teachers to highlight their work. Here are some resources, including materials on the controversy.

I’m adding this list to: The Best Online Resources For Teaching & Learning About World War II (Part Two) and to The Best Sites For International Day Of The World’s Indigenous People:

Great resource for those who want to learn more about Navajo Code Talkers: https://t.co/X8rNtHRSHk

Code-Talking is from The Smithsonian.

Here’s more me on this and Trump’s Pocahontas joke this afternoon: https://t.co/enIsRtKoKX

Jacqueline Pata, exec director of National Congress of American Indians, tells me the issue is he’s using the name of a real, revered Native person as an insult. “We would hope the president of the United States would respect us as tribal nations and the people we represent.” pic.twitter.com/tgesaQ4imT

Trump is holding this event honouring Native American code talkers, and insulting Warren as “Pocahontas,” in front of a portrait of president Andrew Jackson, who signed the Indian Removal Act. pic.twitter.com/UoJpoOsoNC

Trump’s ability to be astonishing has faded — but calling Warren ‘Pocahontas’ while honoring Native American veterans was indeed astonishing. https://t.co/dfOelosPkb

Families of Navajo Code Talkers decry Trump’s use of ‘Pocahontas’ is from PBS.

Donald Trump Would Make a Terrible Navajo appeared in The NY Times.

Alfred Newman, one of last surviving Navajo Code Talkers, dies at 94 is from USA Today.

Navajo Code Talkers: The last of the living WWII heroes share their stories is from AZ Central.

My Best Posts On The Presidential Election & What Comes Next