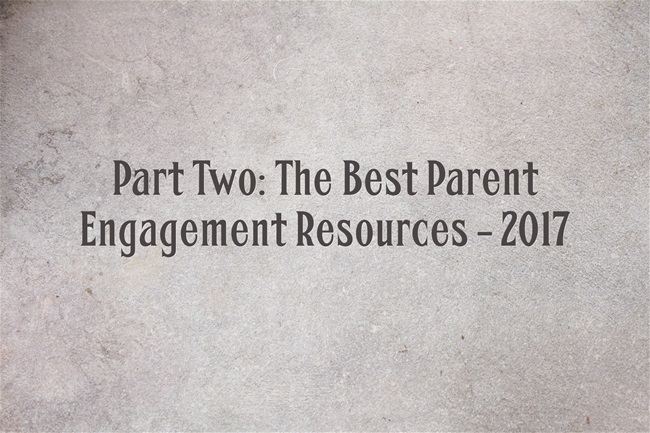 You may or may not know that I have another blog focusing on parent engagement resources. And I have scores of related “Best” lists here.

Over the past few years, though, I’ve just been sharing links to related resources there, and have used Storify to collect them.

Storify, however, announced this past week that they are closing down next May. So, I’m beginning to sort through those collections and move key resources to other platforms.

This list is my first attempt at this review. For now, I’m just collecting the most key links here and at some later date will add them to the appropriate “Best” lists.

I’ve previously published The Best Parent Engagement Resources 2017. This post is really the Best of 2016 as I attempt to salvage Storify resources, but I thought it would be strange to title this post with that date as we enter 2018.

I’ll continue to collect parent engagement resources at my other blog. However, I’ll be using the TweetDeck “collections” feature for those future posts.

Here are my choices:

The Stories That Bind Us is from The NY Times.

Toolkit of Resources for Engaging Families and the Community as Partners in Education Part 1: Building an understanding of family and community engagement

sound advice for parents based on scientific research! https://t.co/YTz5Dd9qTH

A new study found that teachers are less likely to contact parents of color about students' accomplishments. https://t.co/Y1QjybbwGd

15 questions to replace “How was school today?”: https://t.co/dks1ZycH3f. #ptchat pic.twitter.com/9LxXm6QRv9

Great resource for famlilies: An Illustrated Guide to the ABCs of #ELLs #Education https://t.co/DPRGV8BL6I pic.twitter.com/U622xLplR7

How to help your kid with math even though methods have probably changed since you were at school https://t.co/b9o0JZKUoT

Article in our HGSE ED Magazine on repurposing open houses: Scenes from an Open House https://t.co/QtoO0B25qP via @hgse

Please take a moment to read this & consider making these 3 questions part of your family's routine. @MTPSPride https://t.co/jVl1sIeLDa

A summary of research on the parental attitudes/knowledge most associated with positive outcomes in young children: https://t.co/sawy9rkEIp

#MindsetScholars research in @MindShiftKQED: Parents can promote a #growthmindset by changing responses to failures: https://t.co/QmDrfOFtVD

Also late to GREAT Eduardo Porter piece relevant to my interests: on how marriage not necessarily solution for kids: https://t.co/YJaNNOFRdZ

When parents read to their kids, the difference shows in their behavior, academic performance – and brain activity https://t.co/BZB9gFHdON

“Edueto” Has Got To Be One Of The Best Teacher & Web 2.0 Sites Of The Year