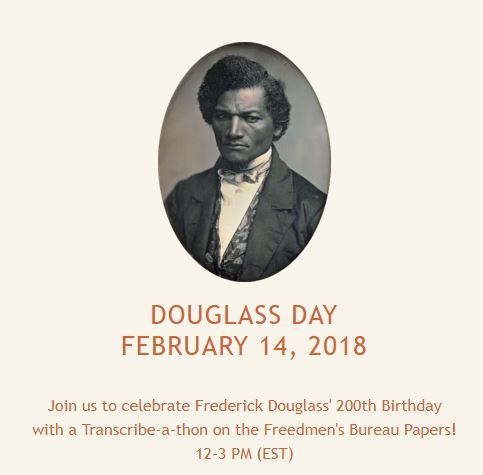 Frederick Douglass’ 200th birthday is on February 14th, and the National Museum of African American History and Culture (see The Best Resources On The Smithsonian’s African-American Museum) is helping organize a nationwide day of transcribing records from the Freedman’s Bureau.

The Freedmen’s Bureau Transcription Project will allow anyone with internet access to research his or her family’s history online. The Museum began this project in an effort to help African Americans discover their ancestors and help historians better understand the years following the Civil War.

I’ve previously shared about the Transcription Center and other similar efforts (see The Best Sites Where Students Can Transcribe Historical Texts).  Doing this kind of project on the same day hundreds and thousands of others will be doing it, too, could make it a good time for a lesson activity.

Statistic Of The Day: Tennessee Districts Could Be Fined $5 Million If One Of Their Teachers Does A Lesson On Systemic Racism

Make A “Joy To My Small World” Video