Ending Of DACA Blocked By Judge 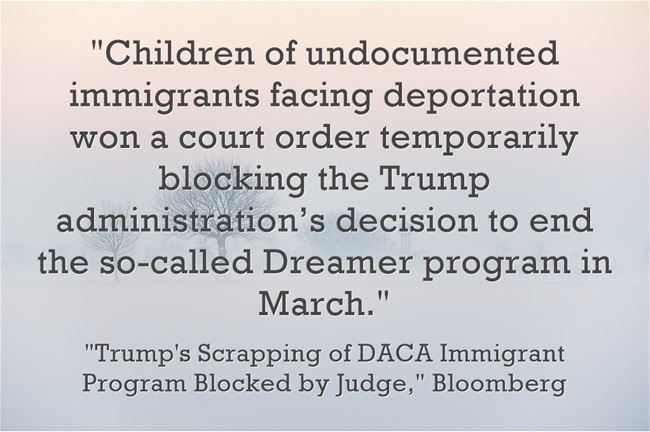 It appears that the ruling doesn’t mean new people can apply for the program, but it does appear to mean that recipients can renew their credentials.

It just happened, so there’s a lack of clarity. I’m sure things will be much more clear in the next day or two.

Trump’s Scrapping of DACA Immigrant Program Blocked by Judge is from Bloomberg.

Judge Tells Trump That DACA Protections Must Continue for Now is from The New York Times.

Bill Of Rights Day Is On Dec. 15th – Here Are Related Resources