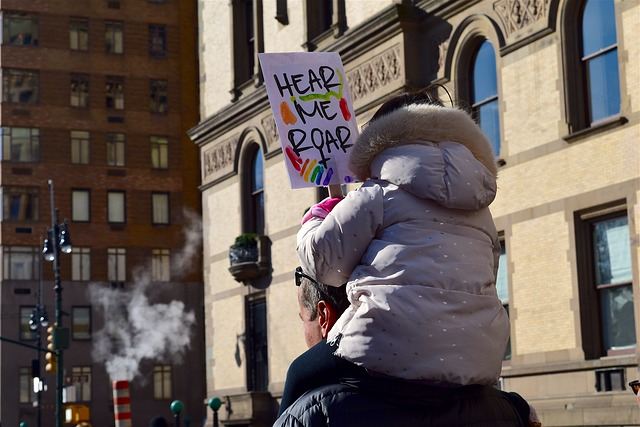 In light of the teens leading the campaign for gun control now (see The Best Articles & Videos Showing How Parkland’s Teens Are Responding To Tragedy), I thought teachers would find it useful to also have resources available on the role of teens organizing for justice throughout history.

The Best Posts & Articles On The Teacher & Student Protests In Colorado

Children have changed America before, braving fire hoses and police dogs for civil rights is from The Washington Post.

The Parkland Teens Are Part Of A Long Line Of Kids Who Led Social Change is from Fast Company.

Students Calling for Gun Control Can’t Vote Yet. But Age Hasn’t Stopped Young Activists in the Past is from TIME.

The Other Student Activists is by Melinda Anderson.

When we organized in Ferguson, we were labeled thugs & criminals. 800 of us walked out for #MikeBrown. The media said we went about it the wrong way. All we wanted was for the police to stop killing people like us. Black youth BEEN pushing for gun reform.https://t.co/XhPzK6grNC

Black Teens Have Been Fighting for Gun Reform for Years is from Teen Vogue.

The Children’s March tells the story of how the young people of Birmingham, Alabama, braved fire hoses and police dogs in 1963 and brought segregation to its knees. See the parallels between the Children’s March & #MarchforOurLives on @tolerance_org https://t.co/pKNCuREdgh

From Little Rock to Parkland: A Brief History of Youth Activism is from NPR

L.A. Unified commemorates 50th anniversary of Eastside walkouts, but tells students to stay in class March 14 is from The L.A. Times.

Parkland student activists should study the East L.A. Blowouts that launched a movement in California is also from The L.A. Times.

Too Young to Vote, Old Enough to Take Action: A Brief History of Powerful Youth-Led Movements is from KQED.

On today’s @hereandnow, @BackStoryRadio‘s @ndbconnolly and I talk about the long history of student protest and its power to pierce through political noise.https://t.co/pMLXxWH4vF

7 Times in History When Students Turned to Activism is from The New York Times.

One of History’s Famous Student Activists: Why I’ll Be Marching With Students https://t.co/dYjO94C3Kj via @educationweek

Can Teenagers Save America? They’ve Done It Before is from The NY Times.

Why Take Student Protests Seriously? Look at Linda Brown. is from Politico.

Here’s how the PBS NewsHour describes this video segment:

Fifty-five years ago, thousands of African-American children walked out of their schools and began a peaceful march in Birmingham, Alabama, to protest segregation. They were met with attack dogs and water hoses. For a new generation of students, traveling to Birmingham has made that moment in history come alive. Special correspondent Lisa Stark reports.:

What Gun Violence Protesters Can Learn From 1968’s Chicano Blowouts is from NPR.

Why children have such powerful moral authority is from The Washington Post.

3 ways activist kids these days resemble their predecessors is from The Conversation.

The new TED-Ed lesson and video is on “The secret student resistance to Hitler.” Even though the organizers of The White Rose were college students, I’m also going to add it here:

They’ve locked themselves inside school buildings for days to protest discrimination. They’ve staged demonstrations to demand integration and more inclusive curriculums. Meet the teenagers who are fighting to improve New York City’s schools.https://t.co/JtouOt3JqP

‘I Absolutely Will Not Back Down.’ Meet the Young People at the Heart of Hong Kong’s Rebellion is from TIME.

‘I have a voice.’ Teens play prominent role in Black Lives Matter protests across UShttps://t.co/bj2h09WyU4

These Kids Are Done Waiting for Change is a New York Times column that is likely to be read in many classrooms over the next several months and beyond. It’s about a group of Nashville teenagers who are fighting against racism by, among other things, having organized a 10,000 person march to protest George Floyd’s murder.

“I need people to hear my voice.” Youth-led demonstrations after George Floyd’s death have energized a diverse group of young Americans across the U.S. https://t.co/v52o0Hn8fY

Student activists want change — and they’re starting in the classroom is from Vox.

The Power to Change the World: A Teaching Unit on Student Activism in History and Today is from The NY Times Learning Network.

A girls' school in Iran brought a member of the IRGC-run Basij paramilitary to speak to students. The girls welcomed the speaker by taking off their headscarves & chanting "get lost, Basiji".

Teenage girls have been at the forefront of protests for days.pic.twitter.com/kvskgB8qas

59 years ago today, nearly half a million NYC students stayed out of school to protest segregation and profound inequality in their schools. Learn how, why, and what came next through a new primary source teaching collection from the #NYCCivilRightsHistory project. 🧵#OTDH pic.twitter.com/g6aNYP7lwe