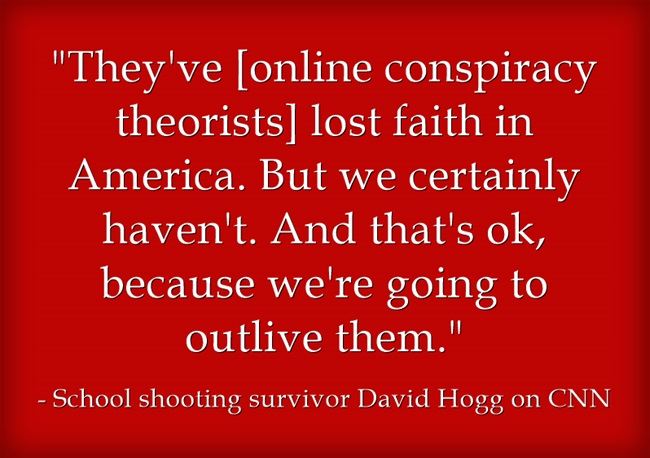 An old community organizing adage is that “your opponents can do the best organizing for you.”

And the Parkland student organizers have quickly learned that lesson.

Florida high school shooting survivor David Hogg wants to say thank you to all the conspiracy theorists and detractors he believes have helped amplify his real message.

Hogg, 17, said the people attacking him online as a “crisis actor” who’s been “coached” on anti-gun talking points are really just “great advertisers.”

“These people that have been attacking me on social media, they’ve been great advertisers. Ever since they started attacking me, my Twitter followers are now a quarter of a million people. People have continued to cover us in the media. They’ve done a great job of that, and for that, I honestly thank them,” Hogg told CNN’s Brian Stelter on “Reliable Sources” on Sunday.

I’m adding this info to The Best Articles & Videos Showing How Parkland’s Teens Are Responding To Tragedy.

bin Laden Was Killed One Year Ago