How Could I Not Have Known That Milgram Did The Original Six Degrees Of Separation Research? It’s Perfect For TOK! 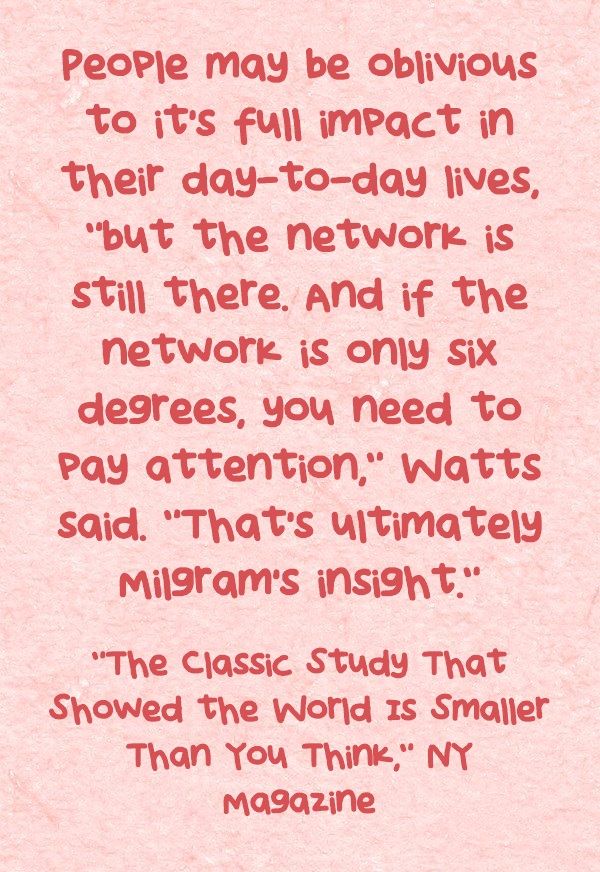 In my IB Theory of Knowledge class, we examine a number of human science experiments, including ones on grit and growth mindset, The Marshmallow Experiment, The Stanford Prison Experiment and The Milgram Experiment. We explore their conclusions and critiques made by others. Then students create and implement their own experiments, putting what they’ve learned to good use.

I, of course, have heard about the idea of six degrees of separation, particularly through the Kevin Bacon angle, but it wasn’t until I read this new and fascinating article in New York Magazine, The Classic Study That Showed the World Is Smaller Than You Think, that I learned Stanley Milgram was also behind that initial experiment.

Boy, TOK students will love learning about it, as well its follow-ups and critiques.

I might be one of the few people around who was unaware of its history but that’s okay because I know it now and, soon, so will my students!

The Best Resources For Teaching About Confederate Monuments