New Resources On The March For Our Lives 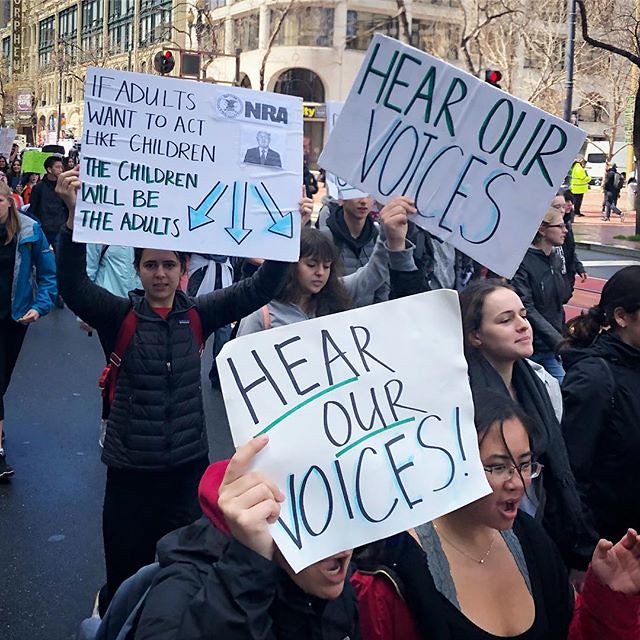 Here are new additions to The Best Resources For Learning About “The March For Our Lives”:

March for Our Lives falls on 20th anniversary of deadly Jonesboro school shooting is from ABC News.

Sensing their moment, Florida students balance school and activism planning the March for Our Lives is from The LA Times.

This Columbine survivor is now a mom, teacher. Here’s why she’s headed to March for Our Lives. is from ABC News.

‘The march is just the start’: Parkland students and lawmakers speak out about gun violence is from The Washington Post.

"We, the youth of the United States, have built a new movement to denounce gun violence and call for safety in all of our communities. This is only the beginning." @Emma4Change pens a searing op-ed on this generation's plans to make change: https://t.co/MV34GJgrdI #NeverAgain pic.twitter.com/FWTpOD1WKL

Students hope the March for Our Lives sends a message that their generation has arrived: "It's going to look scary to politicians" https://t.co/Z25bf3PNnK

The March For Our Lives is Saturday. Here’s what you need to know. https://t.co/S7YiZylYEa

Students are gearing up for the nationwide March for Our Lives on March 24. “Our parents and grandparents did not succeed in ensuring our safety at school. So we must do it ourselves,” write three organizers of New Jersey’s march. https://t.co/Gw6uWCeFD4

Perspective | Our kids were murdered at Sandy Hook. We’re marching for them this weekend. https://t.co/OPskyQZXX4

New USA Today Video: “How refugees and asylum seekers can resettle in the US”

The Year 2008 In Photographs