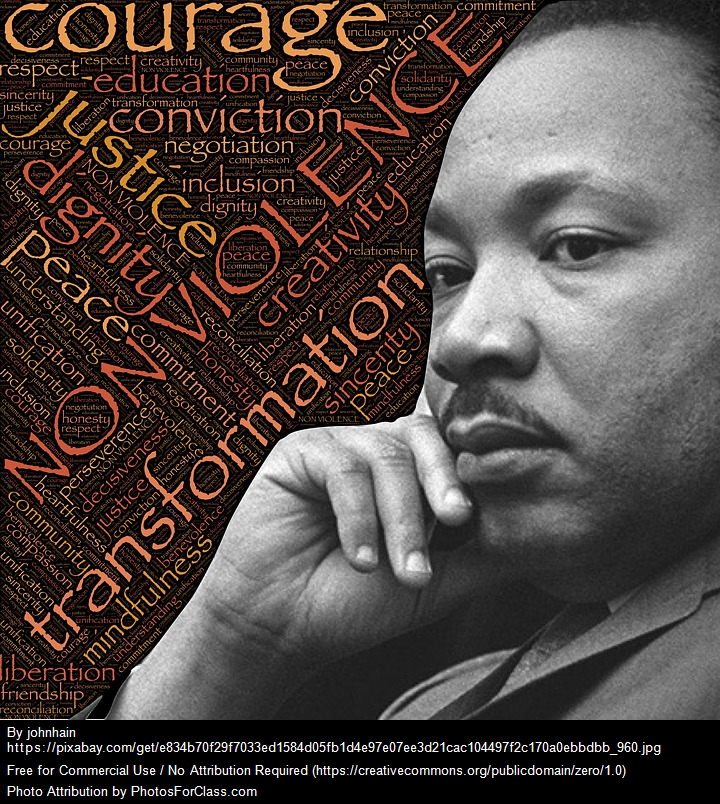 There are many commemorations and resources planned for the date fifty years later, and I’ll be adding them here as they become available.

I’ll start off with three related “Best” lists that I have recently updated:

Here are links to resources specifically related to the 50 year commemoration:

MLK 50 is a large collection of videos from NBC News.

Where Do We Go From Here? is a huge resource from The National Civil Rights Museum.

“NBA stars give thoughtful answers to the question “This year marks the 50th anniversary of the assassination of Martin Luther King Jr. What did we lose on that day?” is a series of videos from the NBA.

I need help collecting recollections of and reflections on King’s assassination for The New York Times. Can you help me get 200 submissions from a diverse group of people. https://t.co/9grwqH6Tbi

“At that time, just as you do in any situation, you talk to the kids and let them talk. Help them grasp and deal with the emotions that they had. Everybody was grieving because we had lost our leader.” #MLK50https://t.co/eNDp5Vt5hc

The National Civil Rights Museum in Memphis is a monument to a movement, and to the Rev. Dr. Martin Luther King Jr. https://t.co/b9MJfvYXiF

50 years after MLK’s assassination, the white moderate claims to be his biggest fan is a very important piece from New Orleans.

Fifty years ago, the Rev. Martin Luther King Jr. was killed on a Memphis hotel balcony. Thousands of people are expected to visit the city next week for the anniversary. #MLK50 https://t.co/ZvkexFm7hP pic.twitter.com/qHjBAVJ8ag

We asked NYT readers how they reacted to the news of Martin Luther King Jr.’s death. Here are their memories. https://t.co/eYiZT3y1XE

The Riots That Followed the Assassination of Martin Luther King Jr. is a photo gallery from The Atlantic.

Remembering Martin Luther King Jr. is a photo gallery from The Boston Globe.

The Best of Our Dr. Martin Luther King Jr. Resources is from Teaching Tolerance.

In His Speeches, MLK Carefully Evoked the Poetry of Langston Hughes is from The Smithsonian Magazine.

Such an honor to have had you as a father and to still have you as a teacher. I greatly admire your courage and strength to love, and I learn from you daily. In the words of Maya Angelou, I “can be and be better because you existed.” Thank you. Miss you. #MLK #MLK50Forward pic.twitter.com/n9qD2X199z

‘I just felt like something had died in all of us’: John Lewis on the death of Martin Luther King is from The Washington Post.

On the 50th anniversary of the assassination of Dr. Martin Luther King Jr., we ask students what his legacy means to them. Please invite yours to post: https://t.co/dGQN4uNFyS #edchat #sschat

In his last years, the Rev. Dr. Martin Luther King Jr. was grappling with many issues: workers rights, a sprawling protest movement, persistent segregation and poverty. We inherited them all. https://t.co/FCH2eNAHQC pic.twitter.com/2nwgRFEO5c

Ten years ago, @michaelpremo and I lived in Memphis for six week recording @StoryCorps stories of sanitation workers who marched with MLK and were with him 50 years ago today to hear his final speech https://t.co/EPCyi9Xyxj

50 Years After Dr. King’s Death, Remembering the Women Who Steered the Movement is from The NY Times.

Wow, I’ve seen/heard a lot of MLK footage but this is the first time I’ve seen this interview. How profound this is. pic.twitter.com/Lm8SR2z3bT

Near the site of the Rev. Dr. Martin Luther King., Jr’s assassination in Memphis, 6 students reflected on the civil rights leader’s work and legacy, and how both shape their own lives now https://t.co/WmzJiufG1J

50 years ago in Indianapolis, Robert F. Kennedy told a tearful crowd that the Rev. Dr. Martin Luther King Jr. had been killed. His improvised speech has been hailed as one of the great political orations of the late 20th century. https://t.co/pta1ipcAzf

On April 4th, 1968 at 7:05 p.m. central time, Dr. King’s life was cut tragically short. 50 years later a need for his dream to be fulfilled is far greater than ever.
Share your dream & post your own #DreamStillLives video. Spread love…spread hope. pic.twitter.com/51BaCW78GC

What If Martin Luther King Jr. Were Never Assassinated? is from National Geographic.

1. This assemblage of works—the rare full text of speeches, essays by scholars, personal reflections—assembled by @fivefifths and @AdrienneNGreen is a wonderful tribute to Dr. King’s life on the 50th anniversary of his assassination: https://t.co/6tq3QvVRGf

No, Secretary DeVos, Schools Cannot Choose To Call ICE On Students – Here Are The Best Rebuttals To Her False Claim

Most Popular Posts On This Blog Over The Years