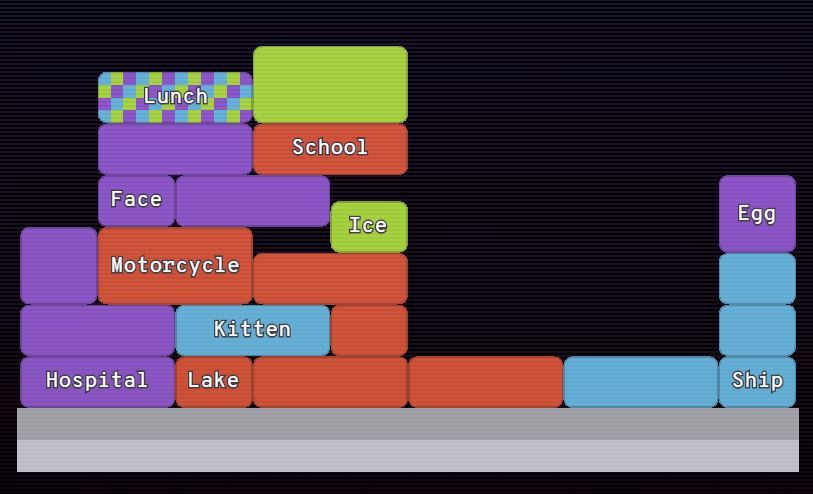 One is called Talk To Books, which doesn’t seem very useful to me, but I might be missing something.

Basically, your shown a bunch of words in blocks. Then, you type in a word that you think is related in some sense to one of the words in the boxes. Google’s Artificial Intelligence then tries to guess which word the one you typed in is connected to and, if it’s correct, the blocks get higher.

I’m not saying it’s the best word game in the world, but I think Intermediate and Advanced ELLs would find it useful and fun.