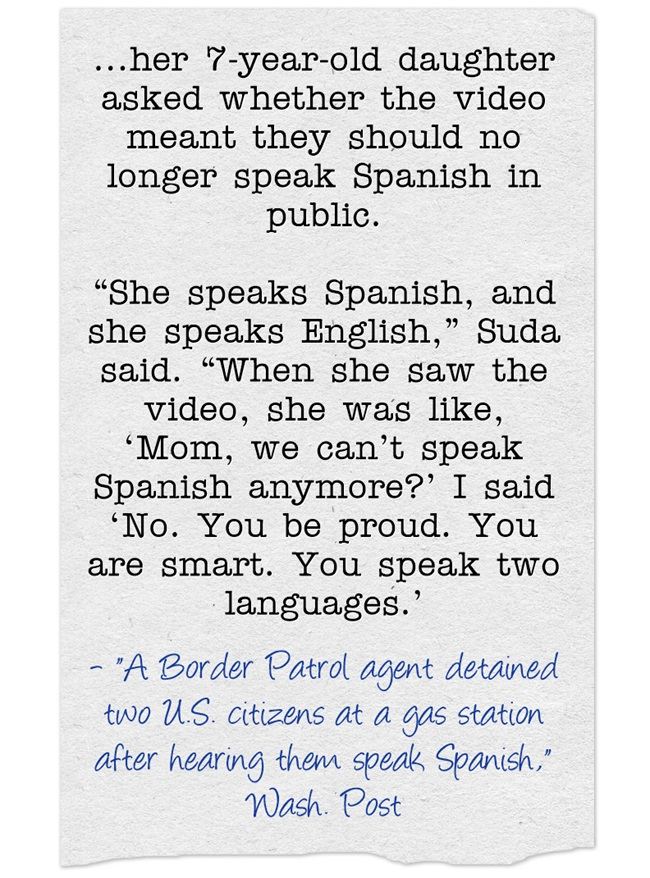 A Border Patrol agent in Montana detained two women who were U.S. citizens because they were speaking Spanish.

Read it again – because they were speaking Spanish.

They videotaped the encounter.

Read all about it, and watch the video, at The Washington Post article, A Border Patrol agent detained two U.S. citizens at a gas station after hearing them speak Spanish.

This Is An Impressive Video: “JFK – Moon Speech Animated – Climb the Highest Mountain”

Many New Resources On Japan Disaster