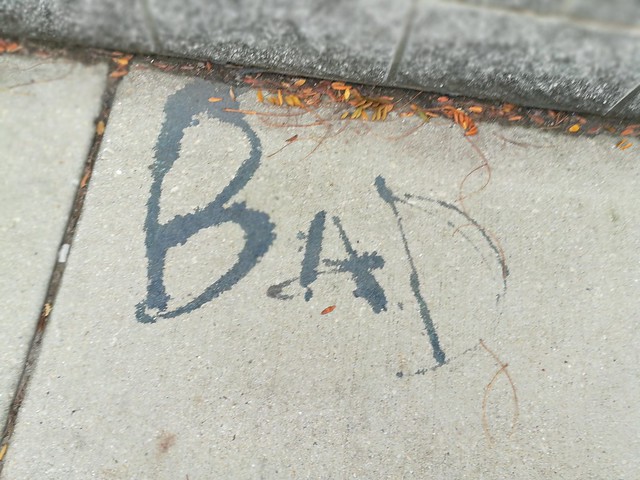 UPDATE: HORRIFYING STATISTIC OF THE DAY: HUNDREDS OF IMMIGRANT CHILDREN TAKEN AWAY FROM PARENTS BY TRUMP ADMINISTRATION STILL SEPARATED FROM THEM

“The administration’s immorality & cruelty in tearing migrant toddlers away from their parents was faithfully carrying out the wishes of the president himselfhttps://t.co/5Xdpr0vzOS

Most people have heard of the awful practice being implemented by the Trump Administration to separate immigrant children from their parents at the border.

‘Horrendous’: How Migrant Children Are Separated at Border https://t.co/0EMzoUiNF3

“I hear firsthand stories that illustrate the severe impact of family separation on children; to say they are terrorized and completely devastated is an understatement.” https://t.co/T3xBmCBzYg

The Trump admin says the way to avoid family separation is to present for asylum at a port of entry.

Except that border agents are — physically — stopping some asylum-seekers from getting to ports of entry. https://t.co/BnDHXfPWh6

GENEVA (AP) — The U.N. human rights office is calling on the Trump administration to “immediately halt” its policy of separating children from their parents after crossing U.S. border with Mexico. https://t.co/4IUaYCAZMz

The Trump administration’s policy of separating children and parents at the border: a cruel new policy with historical precedent https://t.co/rVgjsUfm5g

The preponderance of the data suggest that children should be raised by families. So why separate immigrant families? https://t.co/yD6uNWsL5A

“I was only given five minutes to say goodbye,” said a Salvadoran woman who was separated from her child at the border https://t.co/wcLtDGqdAX

“The Trump administration’s policy of splitting up families is creating a burgeoning population of dislocated and frightened children, held in makeshift detention centers near the border… or scattered in shelters and foster homes across the country.” https://t.co/DzsBX5DapI

Statistic Of The Day: 1,800 Immigrant Families Separated At Border

Here’s How You Can Help Parent Refugees & The Children Who Have Been Separated From Them https://t.co/0lHTGB2WG8

32 senators have introduced the ‘Keep Families Together Act’ to prevent DHS from cruelly separating children from their parents at the border https://t.co/RG3PwEz9lj

Dozens of immigrant parents are being split from their children each day. This could be the new normal under Trump. https://t.co/IrW233ZCMA

The big Q is whether this policy will deter migrants.

In court, some had faced the same charge 2 weeks ago. One mom was returning to find her daughter.

“They’re still coming. I ask them why and they say, ‘It’s worse for us to stay.’”https://t.co/pKJdRXwoSp via @houstonchron

A youth care worker at a Southwest Key shelter in Tucson, Ariz., resigned this week because of what he called under-staffing and chronic problems.. he said conditions at the shelter have led to children running away and attempting suicide. https://t.co/vOd58R7WDQ

Dozens of immigrant families are being separated everyday. The Trump administration doesn’t seem to have a system to bring them back together. https://t.co/txv9Weyd9n

How the Trump administration is using a rule meant to protect children to separate them from their parents — as part of an effort to scare people from trying to enter the country. https://t.co/GVuypLoqGG

The Trump administration said that it had separated 1,995 children from parents facing criminal prosecution for unlawfully crossing the border over a six-week period that ended last month https://t.co/thZISKOduE pic.twitter.com/0LyGAfrXfc

Pediatricians and immigrant advocates are warning that separating migrant children from their families can cause “toxic stress” that disrupts a child’s brain development and harms long-term health. https://t.co/fxXJQoxFS7

“These images are eerily reminiscent of the Japanese American internment camps of World War II, now considered to have been one of the most shameful episodes in U.S. history.” — Former First Lady Laura Bush https://t.co/vfl6Yye3qn

AP describes what it’s like inside one of the cages detaining migrant children at the Texas border https://t.co/gPMChwdl9T pic.twitter.com/wpnHv35PGQ

She was deported without her son and has no idea when they will reunite. Read about this separation in my article here: https://t.co/zzQagy8rqW pic.twitter.com/N3v4sM74vQ

Why children are being sent to “foster care or whatever” while their parents are sent to jail. https://t.co/utLkONabJO

President Trump suggests he is using his administration’s separation of families at the US border as a negotiating tool to get Democrats to cave on his immigration demands, which include funding for a border wall https://t.co/XaJ9Lultgf pic.twitter.com/C2nwSI6JfO

Kids who cross the border meet with therapists and social workers. What they say can be used against them. https://t.co/7tsRn4eitn

This just in from @davidbegnaud: Border Patrol has reached out to @cbsthismorning and said they are “very uncomfortable” with the use of the word cages. They say it’s not inaccurate and added that they may be cages but people are not being treated like animals. pic.twitter.com/0zSDqJszgK

Ex-CIA chief Michael Hayden stands by comparisons of US ‘zero tolerance’ border policy resulting in separation of parents and kids to Nazi Germany: “I know we’re not Nazi Germany, but there is a commonality there and a fear on my part that we have standards we have to live up to” pic.twitter.com/Duj5MRaj1e

“It reminded me, honestly, of going into an animal shelter”: CNN’s @DianneG got a chance to go inside an immigration processing center in McAllen, Texas https://t.co/WSS8ANp49d pic.twitter.com/t46VC2BGRf

UPDATE: 48 senators now support the Keep Families Together Act. We’re making progress, but we still need Republicans to join. If you’re represented by a Republican senator, tell them to support S.3036. #KeepFamiliesTogether

Statistic Of The Day: Trump Administration Planning On Holding 30,000 Refugee Children By August

The past 72 hours in outrage over Trump’s immigrant family separation policy, explained https://t.co/EWQnyWyYvi

The family separation crisis is a health crisis https://t.co/nReayv94qA

ProPublica has obtained audio from inside a U.S. Customs and Border Protection facility, in which children can be heard wailing as an agent jokes, “We have an orchestra here.” https://t.co/0uCx6r2XZp

FLOWCHARTS! What is changing about the family separation policy — and what isn’t. https://t.co/ZOwJpITNZF

Teachers Condemn Family Separations at the Border as ‘Child Abuse’ is from Ed Week.

Immigrants monitored with ankle bracelets showed up to 99.6% of their mandated court appearances. The program cost the government $4.50 per day. https://t.co/T0lisZvSdj

Family Separations at the Border: What Educators Need to Know is from Colorin Colorado.

The research on race that helps explain Trump’s use of family separation at the border is from Vox.

There are schools inside the shelters and detention centers housing migrant children. With more kids staying longer, their job is getting a lot harder. Here’s what some of them are like, with @mannyNYT https://t.co/cOzvgPM5dw

Good story idea for education reporters following the immigration debate — would love to hear/learn more about this https://t.co/nbaKxiBRZw

Video: Trailer For “The Fight to Reunify Separated Families”

US school districts weigh duty to youth migrant shelters is from The Associated Press.

STATISTIC OF THE DAY: 500 IMMIGRANT CHILDREN STILL SEPARATED FROM PARENTS

‘Barbaric’: America’s cruel history of separating children from their parents is from The Washington Post.

How the Stress of Separation and Detention Changes the Lives of Children is from The New Yorker.

The Best Resources On The Awful Friedrichs & Janus Cases