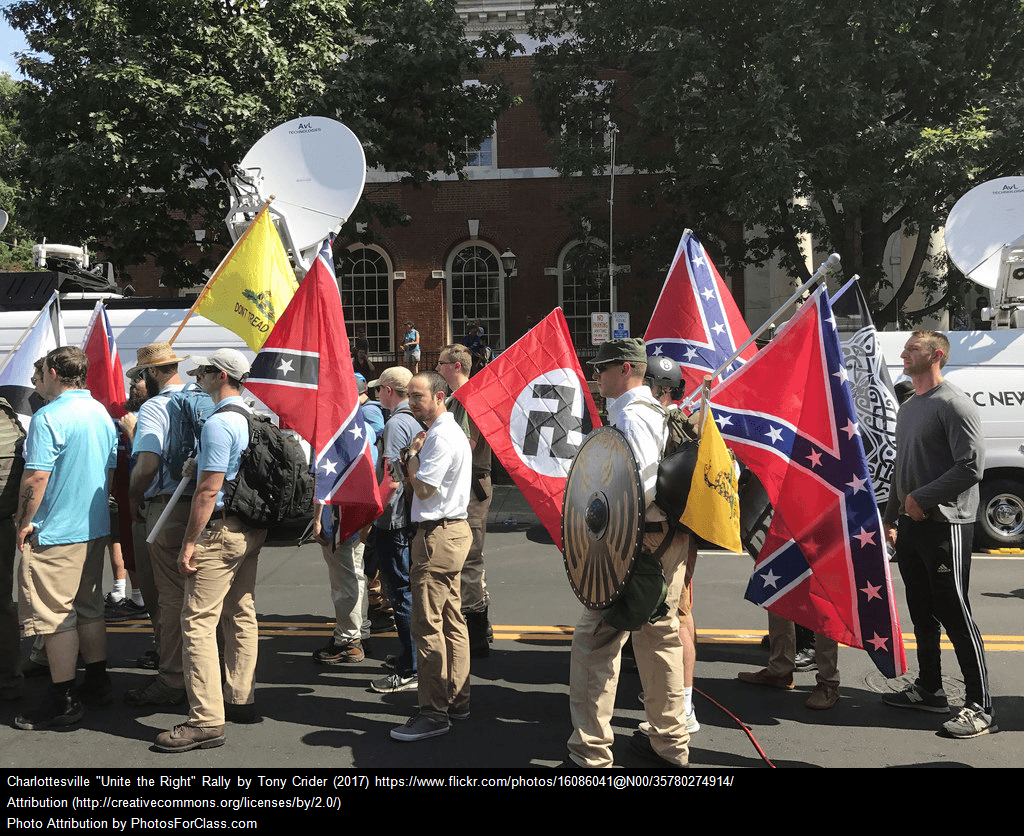 This weekend will be the first anniversary of the white supremacist riot and murder of a counter-protester in Charlottesville.

White Supremacists are at it again this weekend.

You can find lots of useful teaching resources at:

Resources For Learning About #Charlottesville

Here are some new materials from this week:

Charlottesville declares state of emergency as city braces for anniversary of deadly white nationalist rally is from NBC News.

Heather Heyer was killed at the Unite the Right rally in Charlottesville, VA last August when a white nationalist drove his car into the crowd. For our Story of the Week on @MorningEdition, a remembrance from her mother with her supervisor and friend: https://t.co/s4v6o1LKV9 pic.twitter.com/U1EQM0U8bK

“National History Day” Isn’t Actually A “Day,” But Its Website Offers A Lot Of Resources