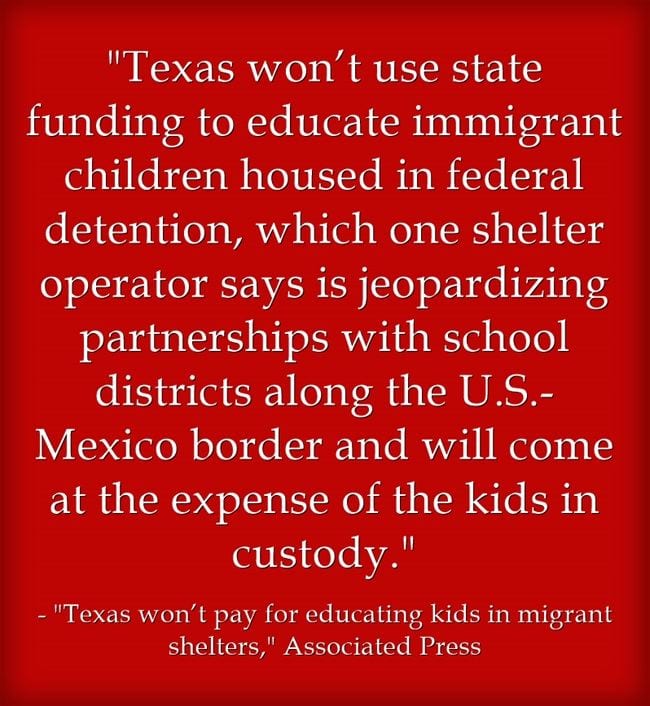 Texas won’t pay for educating kids in migrant shelters is the headline of an Associated Press article this morning.

Listen, I agree that state’s shouldn’t end up with the bill to pay for these teachers – clearly, the federal government should.

And, admittedly, I don’t know the full details – only what’s in the AP story.

However, it seems incredible to me that the state won’t “front” the money to the local districts and then deal with the feds to fight for reimbursement.  Even if they aren’t successful, we’re not talking about huge amounts here.  Huge amounts, at least, for a state.  A small district may not be able to afford the expense.

I thought Texas was supposed to be known for its hospitality?

I’m adding this post to The Best Resources For Learning About The Terrible Practice Of Separating Immigrant Parents From Their Children.

Saying “Thank You” To Students