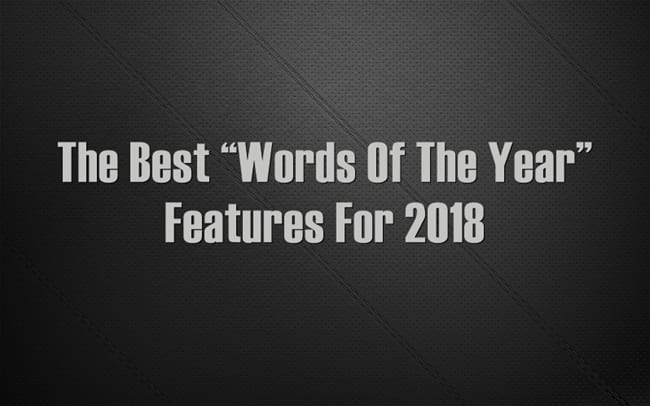 I do an annual “Word of the Year” feature, sharing the choices from various organizations around the world.

Only a few have been chosen so far, but the pace will pick up over the next few weeks and I’ll be adding links to this post.

You can see all my vocabulary-related “Best” lists, including previous editions of “Words Of The Year,” here.

Oxford Children’s Word of the Year is “plastic.”

Plastic revealed as Children’s Word Of The Year by OUP for Chris Evans Breakfast Show’s 500 Words is from The BBC.

Oxford’s 2018 Word of the Year is “toxic.” As in, “toxic chemical,” “toxic masculinity” and “toxic culture” pic.twitter.com/tdrzpLhbM1

Oxford Dictionary’s Word of 2018 says a lot about how we feel as a planet is from NBC News.

‘Justice’ is Merriam-Webster’s word of the year, beating out ‘lodestar’ and ‘nationalism’ is from The Washington Post.

‘Justice’ Prevails as 2018 Word of the Year is from The NY Times.

The Best Resources For Learning About Teens & Stress

The Best Resources To Learn About The Forced Return Of 4,000 Hmong Refugees By Thailand